She Loves Me a “Thoroughly Delightful Experience” 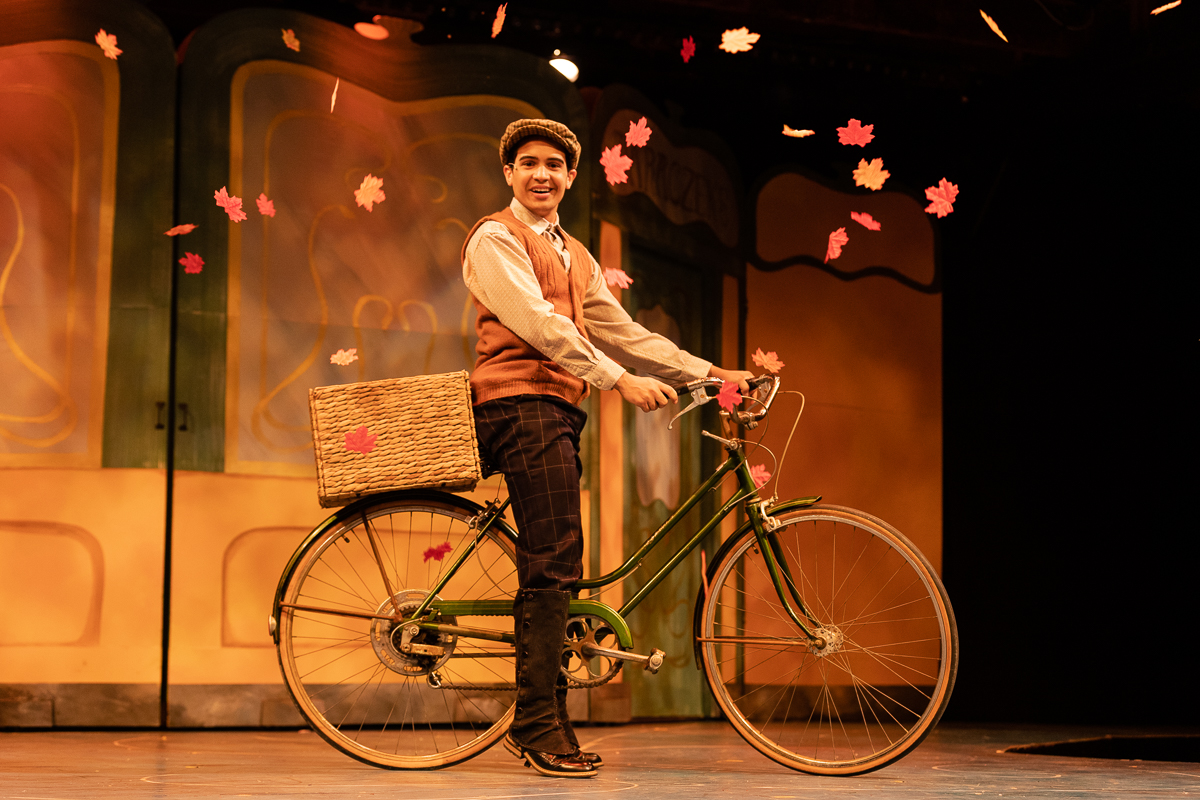 J. Peter Bergman calls She Loves Me “a production to be proud of” in his review for Berkshire Bright Focus

“Director John Saunders has done a very good job with this special romantic comedy. He has employed a soft, delicate touch and not pushed sentiment in place of reality, a hard thing to make work in a musical like this one.”

“Xander James was a perfect Georg. He sang with warmth and even joy. His played the curmudgeon side of Georg with the same verve he employed as the romantic Georg. I found myself rooting for him throughout the play.”

“Erin Kiernan‘s sets and Bethany Marx‘s costumes have likewise given us the period and the place with the simplicity they deserve. Andrew Gmoser‘s colorful lighting design gives the show the sparkle it deserves.”

“Murphy has a gorgeous soprano voice which thrills the ears and the heart equally. She makes her often irritable and irritating character absolutely appealing.”

“Belyeu plays kind and plays vindictive with the same sort of honesty and he gives Maraczek a full-bodied honesty that is refreshing to see.”

“This is a production to be proud of. It is certainly one worth seeing.”

“You might not expect much from a small theatre seemingly in the middle of nowhere. If that’s the case, you’ll be blown away by Mac-Haydn’s production of She Loves Me.”

“With professional talent from New York City and national touring companies supported by an expert director, choreographer and music director, this performance was as polished as it gets, with some of the best singing I’ve heard this far from Broadway.”

“The whimsical, colorful set, makeup, costumes and smart lighting effects wonderfully conveyed the atmosphere in- and outside of a Hungarian perfumery.”

“Mac-Haydn’s production of She Loves Me delivers a thoroughly delightful experience that’s worth traveling many miles to enjoy. Once you step in from the bucolic surroundings, the story transports you to Eastern Europe in the last century, and everyone from the front-of-house to behind-the-scenes will have you quickly forgetting just how far you are from the Great White Way.”

“The sets and costumes are always phenomenal. The cast is always super-talented. After every show, I walk away thinking, ‘how do they accomplish all of this within two weeks? And have another show ready to go right after?’”

“One employee, Arpad Laszlo, played wonderfully by Anthony Velez, did a literal song and dance for the boss to try to convince him to give him a sales clerk position.”

“The actress who plays Ms. Balash, Kelly Gabrielle Murphy, has a beautiful melodic voice, like a songbird, and I could listen to her for hours.”

The main “male pride” character, Georg Nowack, played brilliantly by Xander James, reminds us that even the ultimate bachelor has hope of falling in love.

In all the years of seeing plays at Mac-Haydn, I have always been impressed, and She Loves Me, is no exception.

“Saunders has shaped this production with finely tuned sense and sensibility.”

“…under David Maglione’s musical direction, this is an extraordinarily well sung production, not only in terms of vocal quality but also in terms of phrasing and timing.”

“In terms of her singing, the beguiling Murphy has an at-once enchanting and commanding crystalline voice that catches the full melodic and interpretive ranges of the songs Bock and Harnick have given Amalia. She could have sung all night.”

“Ledford is a terrific comedic actress with sharp instincts, which she applies, and then some, in her musical numbers.”

“Anthony Velez is a delight as Arpad, the parfumerie’s delivery boy who has ambitions of becoming a clerk.”

“There is something eternally endearing and appealing about this show, which opened on Broadway in 1964, and is considered by many to be the most charming musical ever written. After seeing the Mac-Haydn Theatre’s offering, I do not dispute that claim in the least.”

“In the seasoned and skillful hands of Artistic Producing Director John Saunders, this second production of the Mac-Haydn season positively oozes with all the charm,warmth and gentle wit anyone could want.”

“Saunders gently and deftly coaxes bravura performances from an outstanding cast, all of whom have clearly fallen in love with their characters.”

“His (James’) voice never faltered, never wavered, and only grew in confidence and strength along with George’s journey to finding the woman of his mail-delivered dreams.”

“Velez nearly steals the show with his persuasive, boyishly-enthusiastic appeal to Maraczek to “Try Me” as the parfumerie’s newest clerk.”

“William Taitel as the ”odd man out” among the assorted couples’ pairings gives a lovely supporting performance as Ladislav Sipos.”

“Costumes designed by Bethany Marx are stylish, and period-perfect, soft where they should be, crisp in the right places, and overall contributing to the elegant, old-world charm of the piece.”

Go To The She Loves Me Page