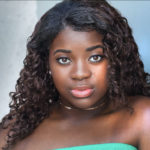 Alecsys Proctor- Turner is a rising senior BFA Music theatre major at the University of Miami. She was born and raised in Miami, Fl. Alecsys is extremely honored to join the Mac-Haydn Family. Previous credits include; Camae in The Mountaintop, Mother of the Late Afternoon in Blind Mouth Singing, and Kate in Andrew Lippa’s The Wild Party. Alecsys brings a little bit of Miami’s sunshine wherever she goes. 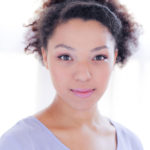 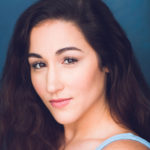 BA in Dance from USF. Florida girl currently residing in NYC as a certified Zumba instructor perusing her dreams. Favorite regional credits are Bebe/Associate Choreographer in the show of her dreams A Chorus Line, Cha Cha in Grease and featured ensemble in Aida. To my army of strong women and Matty…Always. angiecolonna.com, (IG) @ang714

Anthony is thrilled to be spending his first summer here at Mac-Haydn! He is a rising junior at Montclair State University pursuing a BFA in Musical Theatre. Infinite thanks to his family, friends, and all who support and create theatre. Select Credits include: Riff (West Side Story), Durdles (Drood), Melchior (Spring Awakening). Instagram: @antthology . Go Red Hawks!

Clarius and Dap in Camelot (Debut)
Ronnie Driscoll in Curtains
John/Salesman/Paramount Crew/Guard in Sunset Boulevard
Dipstick in The Pinocchio Show
Danny Zuko in Grease
Conductor in Ragtime
Night Monster in Martin and Mee-Lo
Priest in Little Shop of Horrors
Ensemble in Oklahoma! 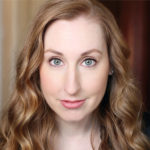 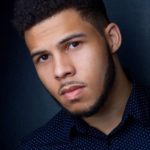 DeShaun Tost is a baritone hailing from Steubenville, Ohio. He graduated in 2018 from the American Musical and Dramatic Academy’s integrated program. Last summer he was a cast member in various productions at the Ohio Light Opera. He is delighted to be working here at the Mac-Haydn Theatre this season, and looks forward to bringing this outstanding repertoire to life. 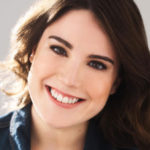 Elizabeth is ecstatic to be making her Mac-Haydn debut! Recent graduate of The Boston Conservatory! Her recent credits include; PBT: Dames at Sea (Ruby), Damn Yankees (Sister), RMT: The Music Man (u/s Marian) Anything Goes, Barrington Stage: Pirates of Penzance (u/s Mabel). Many thanks to the cast and crew, especially John, Monica, and Kevin! Love to her family!

Nimue in Camelot (Debut)
Connie Subbotin in Curtains
Mary/Analyst in Sunset Boulevard
Marty in Grease
Brigit in Ragtime
Mom/Joanne/Samantha in Jane of the Jungle
Bette in Martin and Mee-Lo
Dental Assistant in Little Shop of Horrors
Vivian in Oklahoma! 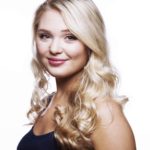 Emma Flynn is over the moon to be returning to the Mac for her second season. She recently graduated from The Hartt School of Music where she earned a B.F.A. in Musical Theatre. Some of her favorite roles include Holly in The Wedding Singer and Nellie Forbush in South Pacific. Emma is so so grateful to the Mac-Haydn Theatre and the whole community of Chatham for welcoming her back for the summer! 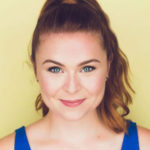 Jesse Lynn Harte is so stoked to join The Mac-Haydn! Some regional credits: Star To Be (Annie) at Westchester Broadway, Wendy Jo (Footloose) & Ms. Crookshank (Miracle on 34th St) at Theatre Workshop Nantucket. Fun fact: she’s also played Ariel (The Little Mermaid)10 times, including in Boston at Fiddlehead Theatre and The Palace Theatre. Thanks to the fam & Vienna for everything! 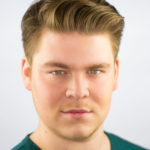 Jonah Hale is originally from Lake Elmo, Minnesota, and is a recent graduate from Wagner College on Staten Island. He graduated with a B.A. in Theatre Performance and a minor in Dance. He is so excited to be back at Mac-Haydn for another season. Past Mac-Haydn credits include Damn Yankees (Smokey), Cabaret (Max), The Wedding Singer (Sammy), The Real Story Of Little Red Riding Hood (Wolf), and Wendy’s Shadow (Curly). He would like to thank his friends and family for all their love and support. 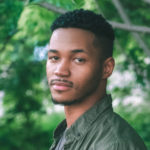 East Texas Native. Off Broadway: Revelation, With or Without You (Sam); Regional: Little Shop of Horrors (Ronnette), Rock of Ages (Franz), Godspell (Jesus), Les Misérables (Coureyac), The Little Mermaid. Sending love and thanks to my family, friends, and the Mac-Haydn family! IG: @csmclv

Teen Angel in Grease (Debut)
Coalhouse Gang in Ragtime
Steve Collins/Kayla's Dad in Jane of the Jungle
King's Council in Martin and Mee-Lo
Plumber in Little Shop of Horrors
Ensemble in Oklahoma! 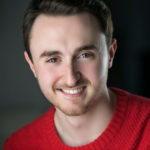 Harv Fremont in Curtains (Debut)
Manfred/Mayron/Policeman in Sunset Boulevard
Doody in Grease
Younger Brother in Ragtime
Milo in Jane of the Jungle
King Lowe II in Martin and Mee-Lo
Milk Man in Little Shop of Horrors
Sam in Oklahoma!

Madi Cupp-Enyard is a rising senior at Yale University, double majoring in Theater Studies and Women’s, Gender and Sexuality Studies. She has performed at The Muny, around Yale’s campus and now is thrilled to be acting as Dance Captain for this season, along with assisting Seb in Grease. She would like to thank Seb, John, Joy Hermalyn, and her family for supporting her. 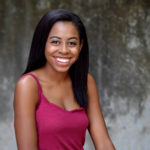 Maya Cuevas is an expected graduate of The Hartt School in 2020. Her favorite credits include: Regional Theater: IN THE HEIGHTS (Yolanda/Carla US); The Hartt School: THE CRUCIBLE (Tituba), A MY NAME IS ALICE, ALL SHOOK UP (Lorraine US); North Rockland Theater: IN THE HEIGHTS (Vanessa), AIDA (Aida), HAIRSPRAY (Little Inez), BEAUTY AND THE BEAST (Madame De La Grande Bouche)

Lady Castor in Camelot (Debut)
Peg Prentice/Wardrobe in Curtains
Harem Girl/Sandy/Beautician/Heather in Sunset Boulevard
Mary Annette in The Pinocchio Show
Frenchy in Grease
Sarah in Ragtime
Villager in Martin and Mee-Lo
Ronnette in Little Shop of Horrors
Armina in Oklahoma! 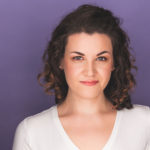 Rachel Pantazis is elated to be performing at the Mac-Haydn for the 2019 summer season. Previous roles: Ulla in The Producers (Seacoast Repertory Theatre), Vicki in The Full Monty (Patrick Dorow Productions), 2018 Home for the Holidays tour (Interlakes Theatre), Missy in The Marvelous Wonderettes (Seacoast Repertory Theatre), Vi in The Buddy Holly Story (Hackmatack Playhouse), and June in Musical of Musicals the Musical (Little Church Theater). Rachel would like to thank John for this incredible opportunity. She would also like to thank her mom, dad, Jacob, Caleb, and Andrew for their endless support. @Repantz 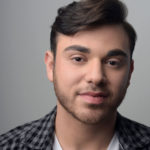 Sam Seleznow is ecstatic to work with Mac-Haydn for the summer! He was most recently seen sailing around Europe and Asia as a singer with AIDA cruise line. Past credits include Footloose (Ren), James and the Giant Peach (Grasshopper)- Encore at the Point. Endless thanks to his family and friends for their love and support. Hartt School BFA.

Spencer Petro is pursuing his BFA in Musical Theatre at Rider University. He is beyond thrilled to be joining the Mac Haydn Theatre Family this summer as part of their most exciting season yet. He would like to thank everyone at Mac Haydn for this amazing opportunity as well as his family for always supporting him. Humbled. Honored. Grateful. 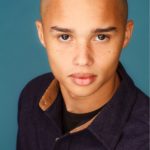 Will Taitel is a baritone from Rockaway, NJ. He’s really happy to be a part of the Mac-Haydn this summer and a part of the creative process here. He is pumped to be playing Booker T. Washington in Ragtime. He would like to thank everyone who helped him get to this point! Other shows include: Hair, Les Miserables (Javert), Jekyll & Hyde ( Dr. Henry Jekyll/ Mr. Edward Hyde), and The Grapes of Wrath (Tom Joad). 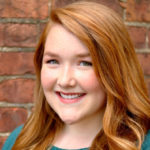 Zoey Bright is thrilled to be making her Mac-Haydn debut this season! She is an upcoming sophomore Theatre Performance major at Wagner College and some of her favorite roles include Tracy Turnblad (Hairspray) and Wednesday Addams (The Addams Family). She would like to thank the cast, crew, and the whole Mac-Haydn family for such an amazing experience!

Jan in Grease (Debut)
Sob Sister in Ragtime
Jane in Jane of the Jungle
Star to Be in Little Shop of Horrors
Ellen in Oklahoma!