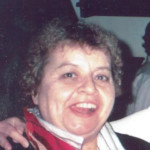 Born in Spencertown on May 10th, 1939, Linda grew up in Austerlitz and was valedictorian of the Roe-Jan School in Hillsdale. She went on to major in political science at Drew University in Madison, New Jersey.

In her early career, Linda worked as assistant to the arts editor at Good Housekeeping Magazine and associate editor of Panorama Magazine in Florida. She then moved to New York City to become a playwright. Once there Linda was one of the first to produce “luncheon theater” and her original play, “Dalrymple, You Rascal” was one of the earliest to be performed. She composed music and lyrics for several Off-Broadway shows before founding the Mac-Haydn Theatre with Lynne Haydn.

A native of Chicago, Lynne majored in theatre performance and directing at Mac-Maurray College. Soon after graduating she moved to New York City to pursue a career as an actress. There she met Linda MacNish with whom she foundered the Mac-Haydn Theatre in 1969.

In the early years, Lynne directed and performed in numerous productions. Some acting highlights were Anna in The King and I and The Queen in Once Upon a Mattress. However, she soon turned her expertise to administration, becoming the theatre’s founding Artistic Director. When Linda Macnish passed away in 2002, Lynne took over as Producer.

Lynne remained Artistic Director and Producer of the theatre that bares her and Linda’s names until its 50th season in 2018. She made a massive impact on the Columbia County region and the theatre community.