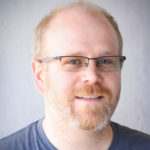 Kevin Gleason has been involved in many theaters since his first years in college. Spending well over a decade with Silent G Productions, he has assisted Andrew Gmoser in lighting many productions, at The Westchester Broadway Theatre, Hudson Stage, Tuckahoe High School, and many others. On his own he is a Set Designer, Lighting Designer, and Technical Director working at Yorktown High School, New Canaan High School, and Nyack High School. For the past 20 years, Kevin has been the Technical Director/Master Electrician at the Mac-Haydn Theatre in Chatham, NY. At the Mac-Haydn, Kevin has also designed the lights or sets for Mamma Mia, Joseph….., Sweeney Todd, My Fair Lady, Guys & Dolls, High School Musical, Footloose and Bye, Bye Birdie. Kevin is a voracious reader, enjoys time spent at Disney World, and is always receptive to any new recipe involving bacon. 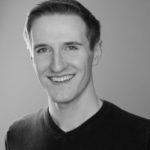 Eoghan is returning to the Mac-Haydn for his third season. Previous Mac credits include Beehive, The World Goes Round, Camelot, Sunset Boulevard, Ragtime, Little Shop of Horrors, and Oklahoma. NYC area credits: Elf: The Musical (Argyle Theatre), Steel Magnolias (Gallery Players), The Floorshow (Combustion Collective), and many shows with the Actors Studio Drama School (Pace University) where he was the Rehearsal Stage Manager since last summer’s season. Select Regional credits: Mamma Mia, Grand Night for Singing, Matilda, Footloose, The Sound of Music, Who’s Afraid of Virginia Woolf, and Barefoot in the Park (Theatre Workshop of Nantucket). When not stage managing, Eoghan works as a scenic carpenter and leathercrafter in the NYC area. @theotherowen @bolt_leathercraftEoghanhartley.com 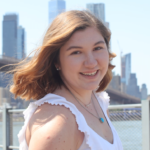 Sage Lumsden is a NYC based stage manager, originally from the Poconos PA. This is Sage’s second year with the Mac-Haydn family and she is so thrilled to be back. Sage graduated a year ago from Pace University with a BA in stage management. Most recently Sage was the stage management PA for the revival of 1776 at A.R.T. Some of her other credits include being a PA/sub ASM for NETworks on the Anastasia and Hairspray tours. When not stage managing, Sage loves to be creative and hang out with friends and family including her puppies. Sage would like to thank everyone at the Mac for welcoming her into the family as well as her family and friends for their endless support on her journey. 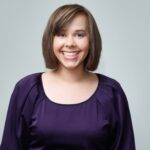 Angela Carstensen is beyond excited to spend a fifth season at The Mac! In the summer of 2016 Angela started at the Mac-Haydn Theatre as the First-Hand in the costume shop and is thrilled to be returning as Costume-Supervisor this season. Previous Mac-Haydn costume design credits include: Pippin (2021), Cabaret (2018), Saturday Night Fever & Spamalot (2017) and South Pacific (2016). In addition to running a costume shop, Angela spent three years on the road with national tours: Waitress (2021, Head of Wardrobe), The Spongebob Musical (2019, Asst. Wardrobe) and The Sound of Music (2018, Asst. Wardrobe). When not working, Angela can be found petting the nearest dog. Angela would like to thank Anthony for his love and support and everyone at The Mac-Haydn Theatre for keeping the dream alive! 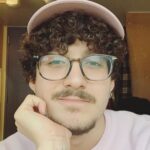 Dan Hewson is a B.F.A. student studying Costume Design at Ithaca College. As an Associate Costumer to Kurt Alger, productions include; Aida (Engeman, Northport), The Little Mermaid (Argyle, Babylon), Shakespeare: Abridged (Sundog Theatre, Staten Island), Man of La Mancha (Mac-Haydn Theatre, Chatham), and Rock of Ages (Engeman, Northport). Professional Costume Designs include; The Little Mermaid (Northport Community Theater), The Sound of Music (Northport Community Theater), and Seussical the Musical (Engeman, Northport). At Ithaca College, his work includes; Head Over Heels (Wardrobe Supervisor), Rent (Master Carpenter), Fun Home (Technical Director) as well as Costume Designer for multiple student films, Costume Shop Assistant on more than nine productions, and Costume Designer for the Fall ’22 production of Into the Woods. He is so happy to be back with the Mac-Haydn Family for a full season of shows! 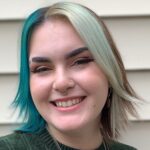 Sarah Roe is originally from a small town in Northern California, and graduated from Illinois Wesleyan University in Bloomington-Normal this May with her BFA in Acting, but also has an interest in costuming and seamstress work. They recently finished a contract with the St. Louis Opera Theatre before heading east to Mac-Haydn. They have just begun to explore the professional theatre world and look forward to the future they can build there. Sarah hopes to find her way down to Atlanta by the end of this year to start a career in film and television. She would not be on the other side of the country right now without the love and support of friends and family! 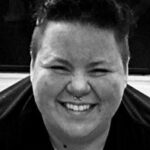 Cole Capobianco is thrilled to return to the Mac-Haydn backstage for their third season. After spending this past winter revamping the Mac’s costume stock, Cole is overjoyed to switch gears from putting garments on hangers to getting them on performers. A true labor of love, Cole’s costumes overhaul journey brings new and improved costume shop, loft, and annex infrastructure, but not without the love, help, and support of the MHT family. Cole would like to extend a heartfelt thank you to Skip Spateholts, David Tankersley, John Saunders, and James Benjamin Rogers in particular for making it all possible. Here’s to another excellent summer of art and laundry – break legs and enjoy, folks!

You can check out this and more of Cole’s work here: flickr.com/photos/colecapodesign/albums 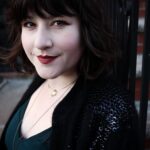 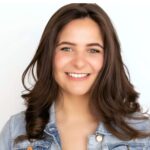 Emily is so excited to return to the Mac-Haydn stage for another amazing season! She is currently a rising junior at Marymount Manhattan College where she is studying Musical Theatre. Some of her favorite roles have included Lady of the Lake (Spamalot), Ensemble (Ragtime), and Player (Pippin). She has also spent time working on her skills in other areas off-stage including wardrobe, props, lighting, stage management, and choreography. Emily wants to thank her parents, sisters, and her Mac-Haydn family for always supporting her and pushing her to be the best that she can be.

Audrey Lang is a stage manager and playwright from New York City. She is excited to return to Mac-Haydn this summer fresh off of the U.K. Premiere of her play, alex getting better. National Tour: Jersey Boys, CoComelon Live! JJ’s Journey. Off-Broadway: Wolf Play (Soho Rep). Mac-Haydn: Pippin, She Loves Me, Man of La Mancha, Beehive, The World Goes Round (2021), 42nd Street, Young Frankenstein, Guys and Dolls (2014). As a playwright, she is a finalist for the Jewish Plays Project’s 2022 Jewish Playwriting Contest, and her work has been developed with Pride Plays, The Workshop Theater, Original Idiots, Eden Theater Company, and more. B.A. Theatre Studies, Ithaca College. Love and thanks to Cody, Stacy, Lia, and my family. www.audreyglang.com 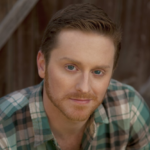 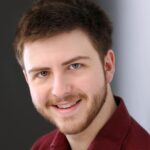 Nick Caburis is a New Jersey-based Sound and Lighting Designer as well as audio engineer. This is his first summer at Mac-Haydn and he’s thrilled to be here! Since age 13, Nick has been enveloped in the many facets of theatrical productions. He spends his time discovering new ways to connect lighting and sound to create a world on stage. Originally studying Computer Science at New York’s Marist College, Nick went on to transfer to Montclair State University in New Jersey to earn his BFA in Theatre. Some of his previous work includes The Curious Incident of the Dog in the Nighttime, a new work titled The Names We Gave Him, The Addams Family, Chicago, Hello Dolly!, and The Sound of Music. NickCaburisDesigns.com

A theatrical technician from Cherry Hill, NJ, Ethan is excited to be back for a stupendous third season at the Mac-Haydn! With a main focus in carpentry, Ethan has a BFA in Theatre: Production and Design from Montclair State University. Recent credits include Xanadu (Carpenter/Electrician/Board-Op), Circle, Mirror, Transformation (Carpenter/Master Electrician/Board-Op), and Putnam County Spelling Bee (Technical Director) at the Eagle Theatre, and 2 seasons as a carpenter here at the Mac-Haydn. In addition, here in 2019, Ethan scenic designed the children’s theatre production of Jane of the Jungle and even performed as an Immigrant in the “Berkie” Award-winning production of Ragtime! Ethan is a process truster of the Philadelphia 76ers. He would like to thank his mom, dad, Aaron, and Amanda for all their support! 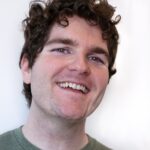 Robert has been working in theatre in various capacities since he was eight years old. He hails from Brooklyn, and is thrilled and honored to be working with the MacHaydn for their 2022 season. Credits include four years working as a technician at Cabrillo Stage in his hometown of Santa Cruz, CA and most recently as Head Carpenter for National Yiddish Theatre Folksbiene’s premiere production of Harmony in New York City. In his free time Robert enjoys playing guitar, acting, singing, watching chemistry videos on the internet, and spoiling his cats Draco and Daffodil. He would like to thank his ever-supportive family, his incredible friends both new and old, and his wife April for reminding him to believe.