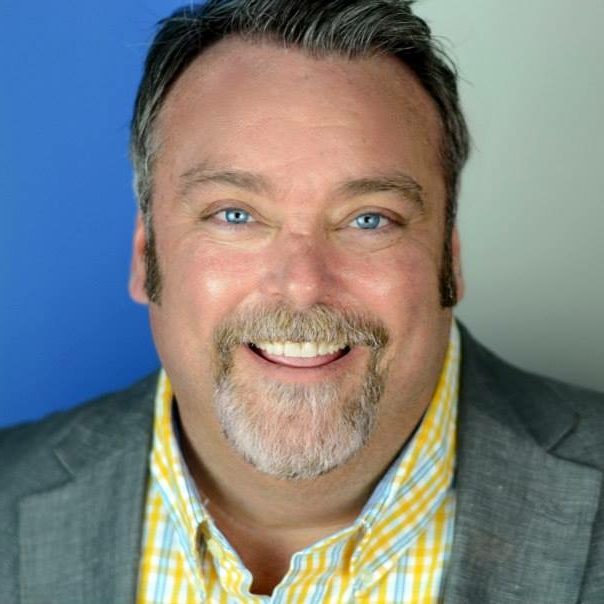 John Saunders is honored to be working alongside this fantastic cast, crew, box office team, ushers, coffeehouse gang, and the amazing volunteers. As an actor here: 1776 ( Adams), MY FAIR LADY (Higgins), CAROUSEL (Jigger), THE SECRET GARDEN (Archie), and HAIRSPRAY (Edna). As a director here: THE BAKER’S WIFE, THE PRODUCERS, YOUNG FRANKENSTEIN, THE FULL MONTY, LES MISERABLES, CHICAGO, OLIVER! and many others. Elsewhere: National Tours: MY FAIR LADY, OLIVER!, CHITTY CHITTY BANG BANG. Regionally: The Papermill Playhouse and  Northshore Music Theatre. Tremendous gratitude to his fellow directors, designers, and choreographers for the incredibly dynamic and brilliant work they present here. Enjoy the show! 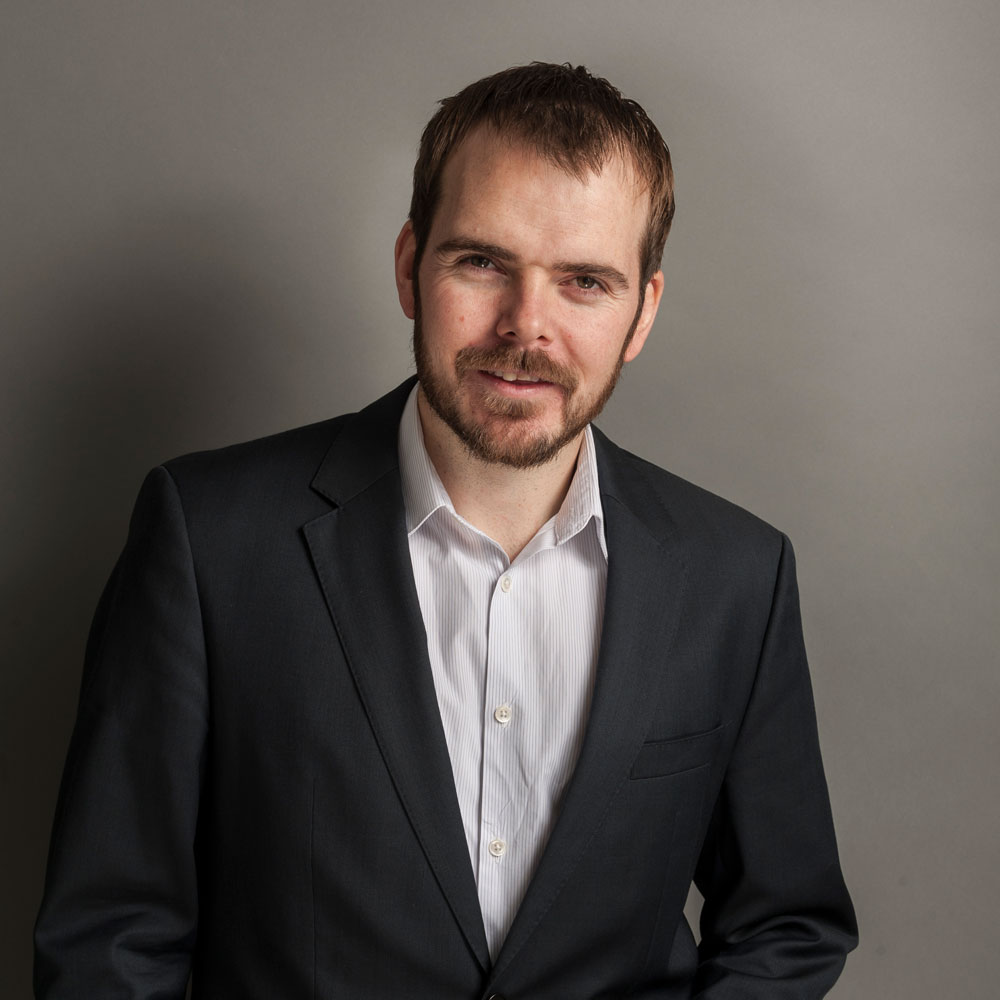 James Rodgers has worked for 16 years in the arts industry as a Performer, Director, Administrator, Producer and Educator. He is the founder and principal of Hemis Digital and an associate teacher for the Badiene Magaziner Vocal Studio.

As a performer James has appeared with The MDR Sinfonieorchester, The Kurt Weill Festival, The Ravinia Festival, The Argento Ensemble, The Merola Opera Program, Toledo Opera, Opera Omaha, The Theatre Workshop of Nantucket, The Little Orchestra Society of New York, The Otago Arts Festival, The Auckland Festival, The Mac-Haydn Theatre, The Beijing Modern Music Festival, The Orpheus Choir, The Banff Centre, The Paul Dresher Ensemble and New Zealand Opera.

James has won both the Lotte Lenya and the Joy in Singing competitions. He is a passionate advocate of the art song repertoire and a champion of new music. In 2014 he released his debut album – Exiled: The Evolution of Kurt Weill. Based in New York, James holds degrees from Victoria University of Wellington and the Manhattan School of Music. 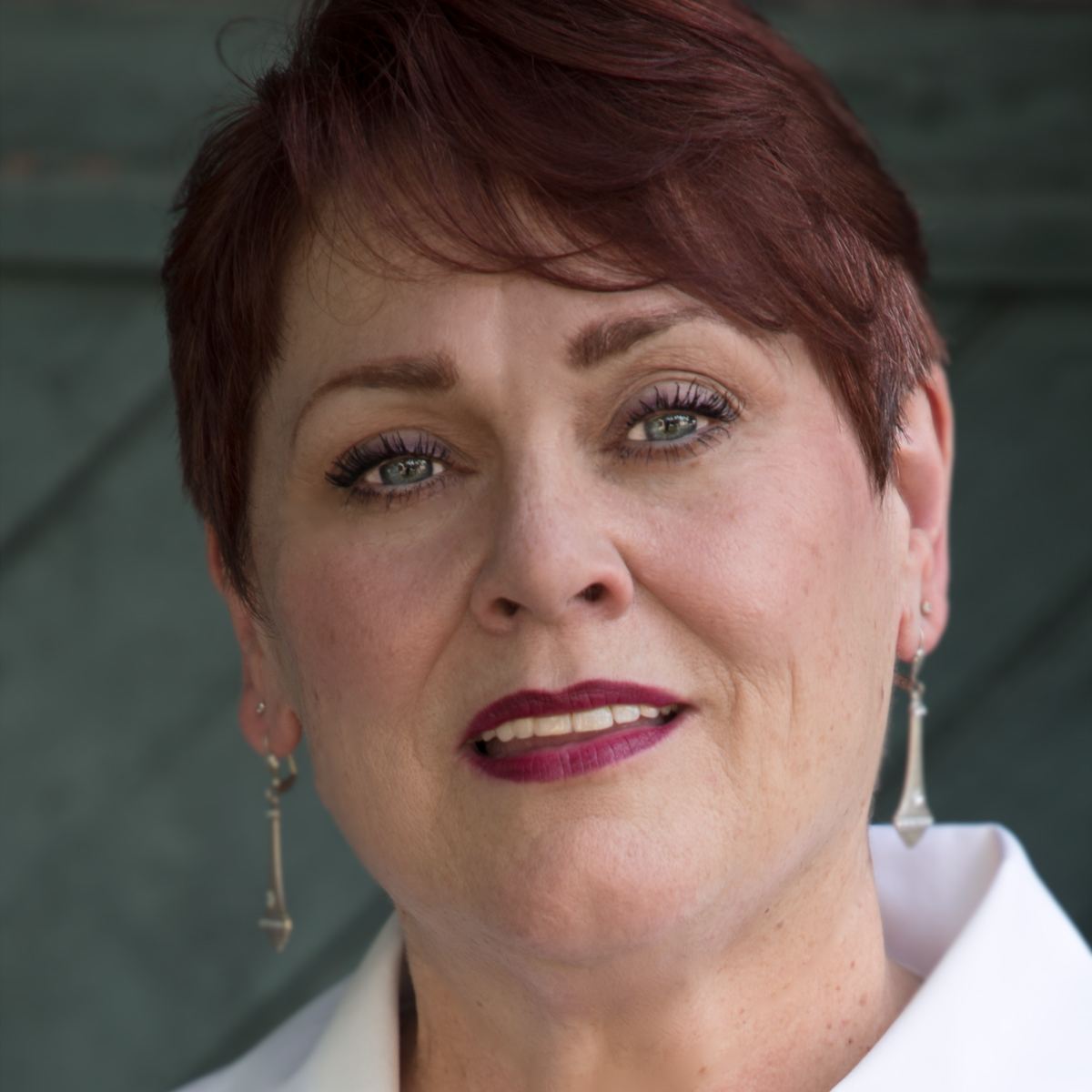 Monica M. Wemitt, born in Pittsfield, MA and raised in Chatham, started with the Mac-Haydn Theatre as a volunteer on the Fairgrounds. After Monica moved to NYC.,  she tended bar, waitressed, & temped in the accounting departments of The Metropolitan Opera Guild, I. M. Pei, and British Telecommunications (BT) as her “survival” jobs. After a rather intense audition, Monica found she was going to be one of 12 women performing with Liza Minnelli at Radio City Music Hall.  Later she auditioned and landed the role of Ernestina Money with Carol Channing in Hello, Dolly! when she made her Broadway debut.  She later landed the 3rd National Tour of Beauty & The Beast & toured for four years. Monica was approached to be the office assistant and gal Friday at Mac-Haydn in 2004.  She was later made the Company Manager/Asst. Producer in 2013 and still performs at Mac-Haydn as often as possible. Monica discovered her interest in voice over work during the last two years and has started recording books for Audible. She is currently finishing up her sixth book. 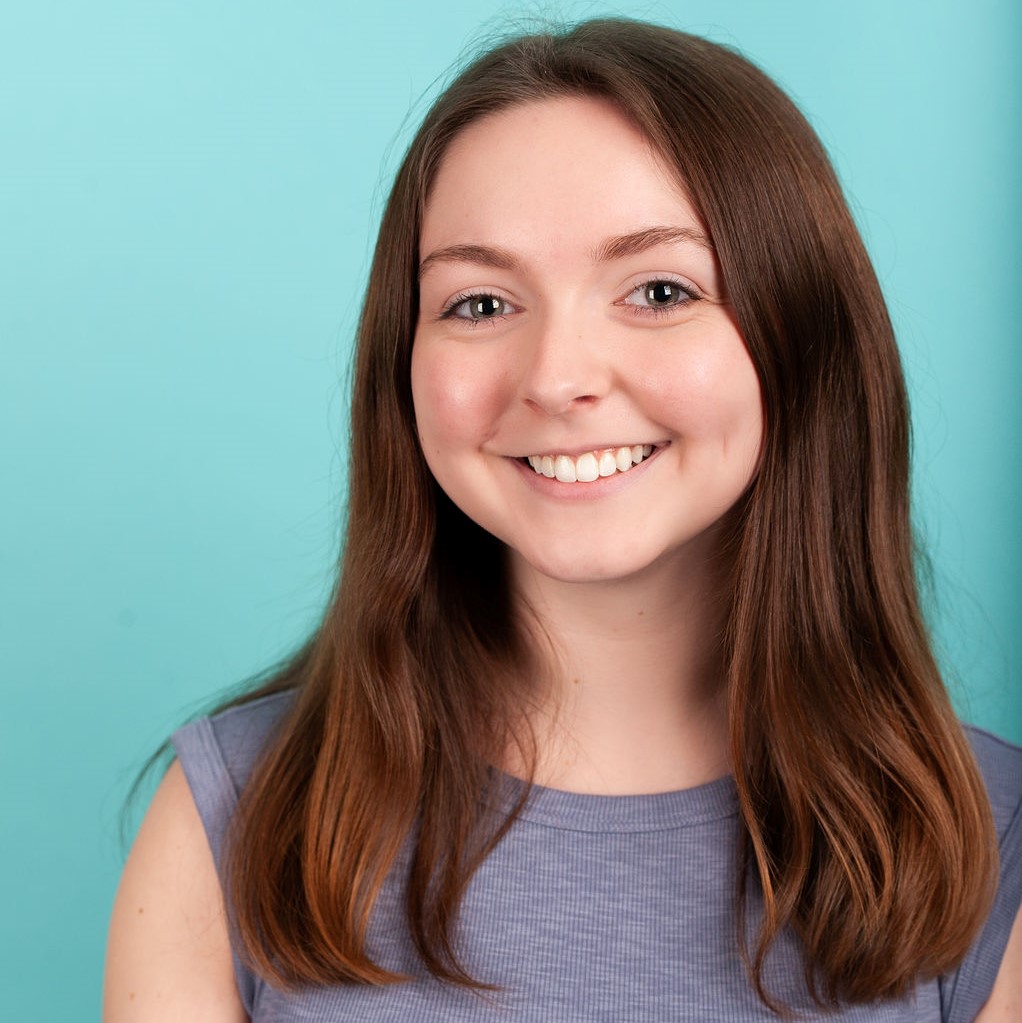 Amanda Calvin (she/her) is a recent graduate of Wagner College where she earned her degree in arts administration with a journalism minor. During her time at school, she served as the president/executive producer of Completely Student Productions (CSP), a student-run theatre company on campus, where she produced a variety of shows including LIZZIE: The Musical, The Wolves, Deathtrap, Spring Awakening and various original works throughout her 4 years at Wagner.

Amanda also served as the editor and designer of Wagner’s student newspaper, The Wagnerian. She received the Kendris Award in Expository and Journalistic Writing and Outstanding Service in Communication awards for her work with the Wagnerian. Amanda has interned with various organizations including Rattlestick Playwrights Theater (Off-Broadway) and Snug Harbor Cultural Center & Botanical Garden.

In addition to her work in theatrical administration, Amanda is an avid tap dancer and can be found hanging out with her cat, Bella. Many thanks to the MHT team for countless opportunities and laughs. @amandajcalvin

Skip is a Mac Haydn staple. His relationship with the Mac began as a volunteer over fifteen years ago. While his girls were performing on stage, he kept busy weeding the garden. Once Lynne Haydn realized that he could cook, Skip was brought on to the team, along with his wife, as the foodservice and special event coordinators. He has been the facilities manager now for the last six years. A jack of all trades, he can be found renovating campus housing, mowing the lawn, and chasing deer out of the garden that his dearly departed Joanie nurtured for so many years. Much love to his girls, Krystle, Robyn and Emily for their endless love and support. John for his belief in him and his amazing friendship. Special thanks to Paul, James, Dee, Madison, Amanda, Monica and the incredible Mac Family for a lifetime of friendship, laughter, and memories. Come say hi, he’s the guy in the bandana. 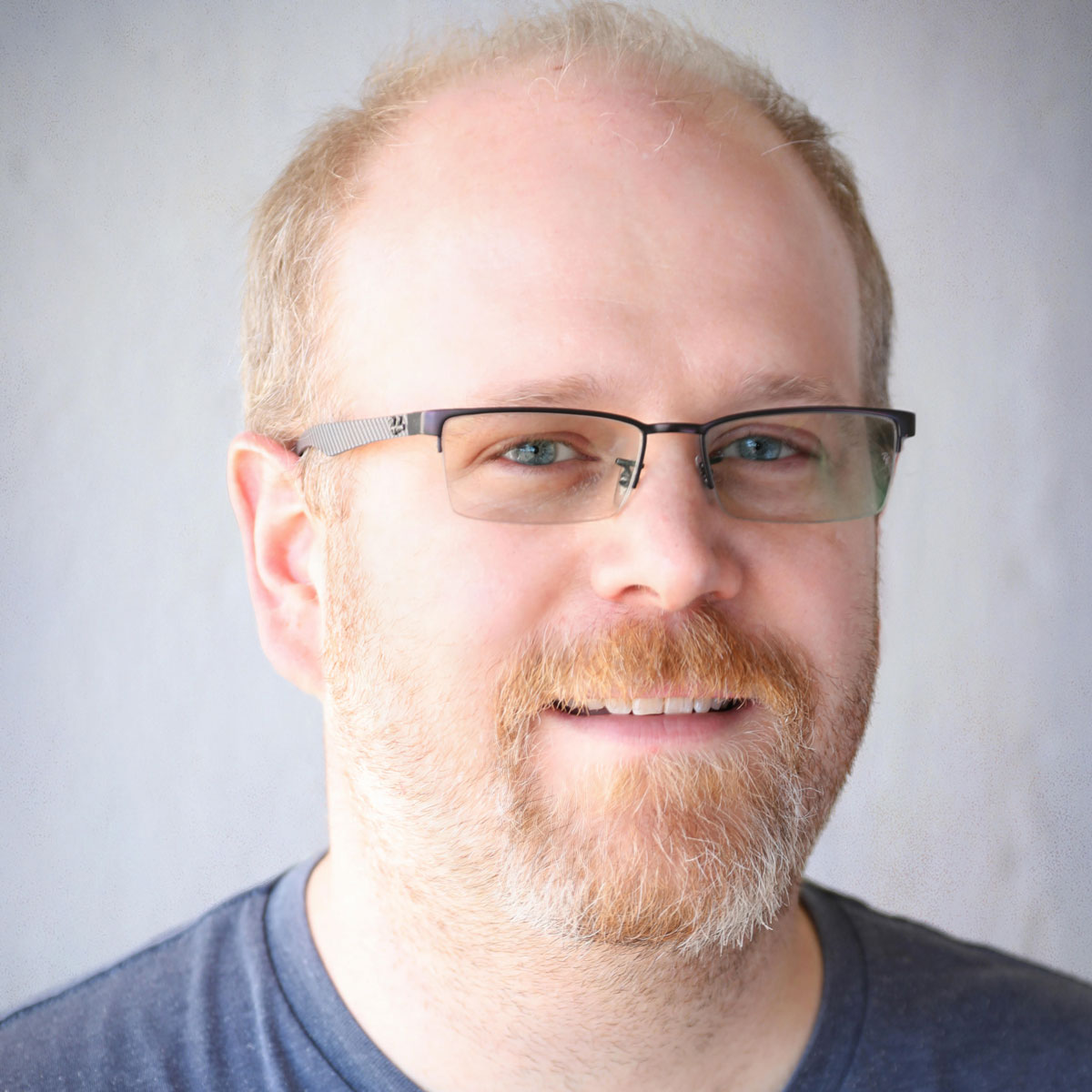 Kevin Gleason has been involved in many theaters since his first years in college. Spending well over a decade with Silent G Productions, he has assisted Andrew Gmoser in lighting many productions, at The Westchester Broadway Theatre, Hudson Stage, Tuckahoe High School, and many others. On his own he is a Set Designer, Lighting Designer, and Technical Director working at Yorktown High School, New Canaan High School, and Nyack High School. For the past 20 years, Kevin has been the Technical Director/Master Electrician at the Mac-Haydn Theatre in Chatham, NY. At the Mac-Haydn, Kevin has also designed the lights or sets for Mamma Mia, Joseph….., Sweeney Todd, My Fair Lady, Guys & Dolls, High School Musical, Footloose and Bye, Bye Birdie. Kevin is a voracious reader, enjoys time spent at Disney World, and is always receptive to any new recipe involving bacon.

Dee Lashway – Starting as an usher the first year on the fairgrounds and working her way up to Box Office Manager and Administrative Assistant, Dee Lashway has dedicated almost 50 years to The Mac-Haydn Theatre. The theatre has always been an important part of Dee’s life. “I look forward to each new season, meeting the talented cast and crew and visiting  again with so many of our long-time patrons”.

Karen Leggett was first introduced to the Mac-Haydn as a patron in 1976, and by 1978 was attending every show each season. In 1992, Karen, her husband, Rick, and family began ushering for Children’s Theatre shows, which led to her promotion to Supervising Head Usher, which she has been for the last 15 seasons and counting. Karen’s work doesn’t end there – she has also taken on roles at MHT including program advertising sales, and of course with making desserts for coffeehouse (peanut butter pie, most notably). Outside of the theatre, Karen is the owner of KJ’s Gymnastics in Valatie. Karen wishes to welcome back our patrons and cast and crew to another wonderful season at the Mac!