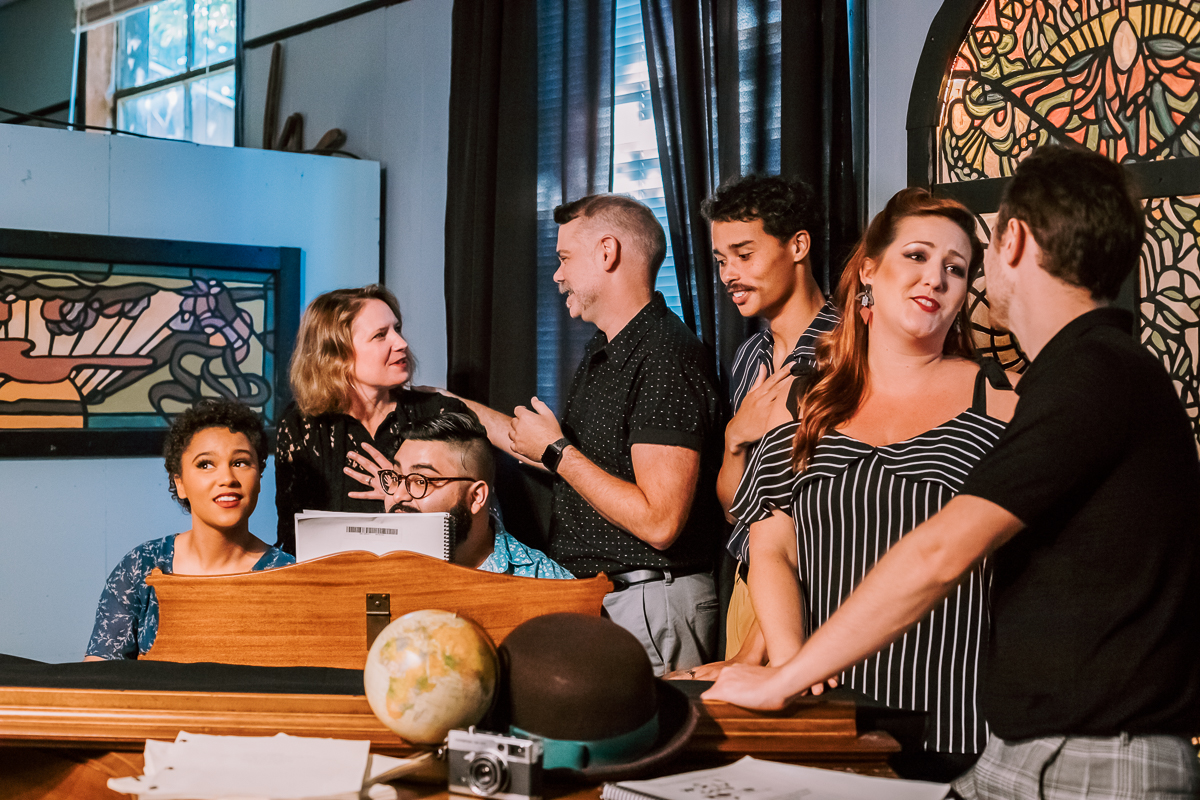 The Mac-Haydn Theatre presents The World Goes ‘Round from September 10 through October 3, 2021.

Instead of the usual two-week summer stock schedule, the theatre will rotate this debut mainstage show in a repertory schedule with Beehive: The ‘60s Musical. The two musicals will run simultaneously, in addition to the five Limited Performances presented in September, with two separate casts and creative teams.

A brilliantly constructed retrospective of musical theatre collaborators, Kander and Ebb. The World Goes ‘Round is a stunning revue from the Tony award-winning team’s songbook. From Cabaret to Chicago, the hit-parade features unforgettable gems, including “Mr. Cellophane,” “Maybe This Time,” “Cabaret,” and “New York, New York.”

Robin Campbell returns to the Mac-Haydn as director and choreographer after working as an actor at the theatre in the early 2000s. Rounding out the creative team, David Tankersley assistant directs and Walter Bobby McCoy music directs, with set design by Kevin Gleason, lighting design by Andrew Gmoser, costume coordination by Angela Carstensen and John Saunders, props by Megan McQueeney, sound design by Whitaker Gardener, and hair and makeup design by Matthew Oliver.

Vaccination is required for all patrons. For tickets and details on COVID-19 protocols, please visit www.machaydntheatre.org/covid-19 or call the box office at 518-392-9292.