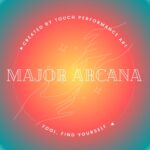 toUch, a groundbreaking performance art group, brings a show to the Mac-Haydn stage that breaks the boundaries of traditional theater, dance, and music. Come for an experience that will leave you thinking — and craving more.

This brand new experience takes the audience on a journey of self discovery through the lens of the Major Arcana of Tarot. Part improvised immersion, part cabaret Tarot reading, ToUch invites the audience to dive in and experience both intimate interactions and spectacular performances. In this personalized story, there’s much to uncover— from touching on familiar inner thoughts to sparking fresh emotional discoveries. ToUch is known for breaking the boundary between the audience and performer, putting the audience at the center of the experience, and offering many levels of interaction to engage all audience members.

Audience members are encouraged to dress theatrically for this immersive experience!

Who Is ToUch? Here’s An Intro On What To Expect

This is the Mac-Haydn Theatre as you have never seen it before as toUch brings together established performers of dance, music, theater, and circus arts as well as some of your favorite Mac-Haydn performers. Major Arcana comes to life as a wondrous visual adventure, asking the audience to peer into themselves through incredible, jaw dropping performances.

ToUch co-founders, Marissa Rae Roberts and Elizabeth McGuire met while studying at The Boston Conservatory and began collaborating to create AcousticaElectronica. Since their start in 2011, they served three years as artists in residence at the American Repertory Theater, performed sold out shows all over the Northeast, and created immersive experiences for organizations such as The Boston Lyric Opera, Boston Symphony Orchestra, Breast Cancer Research Foundation, and The Trevor Project. Marissa and Elizabeth are true collaborators: equally creating, directing, producing, and performing in ToUch’s work together.