Next to Normal called ‘Phenomenal’ 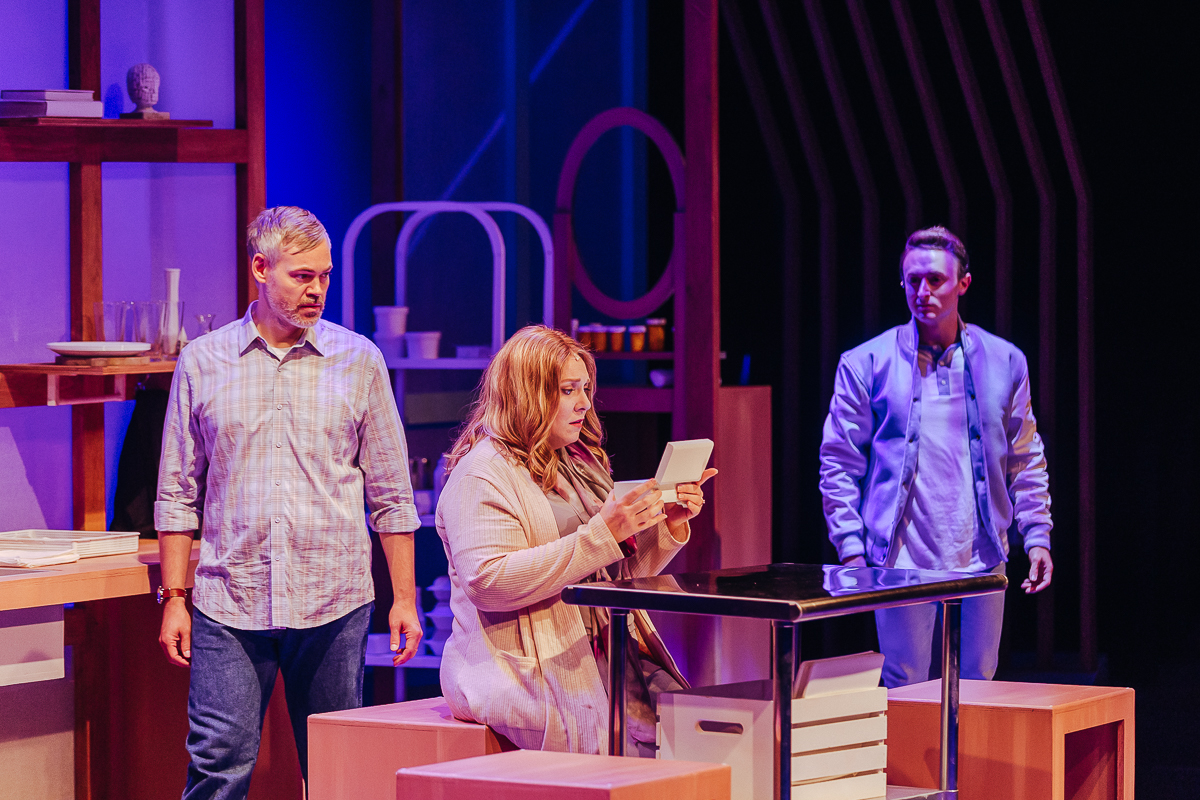 J. Peter Bergman calls ‘Next to Normal’ some of the Mac-Haydn’s best work in his review for The Berkshire Edge

“This is the show that director John Saunders has brought to vivid life and it is one of the best shows he has ever presented at this theater. I guarantee you will be moved and motivated by
this six-character extravaganza. I guarantee it.”

“Mawande-Spytek is the best she has ever been…”

“Kirkpatrick is wonderful as Diana. She sings with fervor over her troubles and her attempts at understanding what has happened to her and her lovely voice makes it difficult to believe she has been so thoroughly under siege.”

“Van Tielen makes us understand how hard it is to be kind to someone who takes emotional risks to the cliff’s edge. He also has a fabulous voice…”

“This is (Belyeu)’s finest work at the Mac-Haydn since his Man of LaMancha.”

“The physical production is stunning with some of Andrew Gmoser’s most dynamic and
illuminating lighting design. Bethany Marx’s costumes create their own revelations for these
characters. Caitlin Maxwell’s wigs flesh out characters nicely.”

“Conductor Eric Shorey and his five member music ensemble play the score so well you would think they were born to play it.”

“This is one of my favorite shows, one I never anticipated seeing at this theater. I am so glad they chose to do it. I think everyone should see it, and maybe even twice.”

“This play is so next to normal from anything you have come to expect from Mac-Haydn, and it is a breath of fresh air.”

“Kirkpatrick’s majestic voice carries with it all the nuance and emotion that Diana is living.”

“Belyeu manages to inhabit two completely opposite characters both physically and emotionally, such that when he returns to the stage he is almost unrecognizable until you hear his voice. He does a phenomenal job in the dual roles.”

“Mawande-Spytek shines as she moves through a series of complex emotions, from hate and resentment, to maturity and a realization of what life has put in her path.”

“Kelly struts his stuff as the ever-willing, caring boyfriend longing to simply understand and provide support and compassion for his girlfriend.”

“Kylan Ross brings a maturity and depth of performance to this role, running the gambit of emotions from A to Z, that we have not seen from him until now on the Mac stage.”

“This entire production has been wrapped as a stunning gift presented to the audience inside Emma Cummings scenic design, with Andrew Gmoser’s beautiful lighting design, Bethany Marx’s costumes, Caitlin Maxwell’s wigs, Eric Shorey’s music direction, and the Next To Normal band.”

“This production is flawlessly presented under Saunders’ directorial tutelage.”

“Director John Saunders has shepherded an exceedingly gifted cast and crew in a moving, sensitive, haunting production that will not soon be forgotten by those who are fortunate enough to see it.”

“The difficult vocal demands of the music are met by the strong, expressive voices of each member of the cast.”

“From the opening number to her dramatic final exit, Beth Kirkpatrick’s Diana commands the stage, taking the audience with her on an emotionally-wrenching journey.”

“Eric Van Tielen is her extraordinarily patient and loving husband Dan, whose sweet tenor voice and demeanor underline his helplessness and vulnerability in the face of Diana’s rage and suffering.”

“This exquisite production should provide an impetus for all the theatres that dream of taking risks but haven’t yet found the courage to do so.”

“In their promotional materials for NEXT TO NORMAL, Mac-Haydn, advised it would be “unlike anything you have seen on our stage. Trust us when we tell you, this show is not to be missed.” I am very happy to say they were correct. This production is phenomenal.”

“The cast of six includes Beth Kirkpatrick as Diana, Eric Van Tielen as Dan, Amber Mawande-Spytek as Natalie, Kylan Ross as Gabe, Andrew Burton Kelley as Henry, and Gabe Belyeu as Dr. Madden. Each is highly skilled, well cast, and deliver near flawless performances as does the orchestra, and the creative team.”

“To those who might hesitate and think that a musical centered around mental health might be too far away from “normal”, I suggest that “normal” is a setting on a clothes dryer. I respectfully add: get over it, and see this phenomenal production while you can!”

Go To The Next to Normal Page