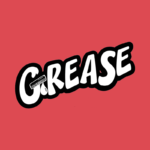 This household favorite returns to take us down memory lane once more with the gang at Rydell High! This time we are adding in all of the hits from the film to make this new Grease even more memorable. “Hopelessly Devoted,” “Greased Lightnin,” and “You’re the One That I Want” are just a few of the record breaking hits that make this show such a rockin’ good time!

Making his Mac-Haydn debut this summer, Anthony DaSilva steps into the leading role of Danny Zuko. Anthony is a rising junior musical theatre major at Montclair State University. His previous credits include Riff in West Side Story, Durdles in Drood and Melchior Spring Awakening.

Emma Flynn returns for her second summer in the resident company and plays opposite DaSilva as Sandy Dumbrowski. Audiences loved Emma in 2018 as Holly in The Wedding Singer. Emma is a recent graduate from the Hartt School of Music where she earned her BFA in musical theatre.

Also returning for his second summer in Chatham is Jonah Hale, starring as Kenicke. Jonah recently graduated from Wagner College with a B.A. in theatre performance and a minor in dance. Past Mac-Haydn credits include Damn Yankees (Smokey), Cabaret (Max), The Wedding Singer (Sammy), The Real Story of Little Red Riding Hood (Wolf), and Wendy’s Shadow (Curly).

Angie Colonna continues her debut season at Mac-Haydn as Betty Rizzo. Angie holds a BA in dance from USF, and her select regional credits include Bebe/Associate Choreographer in A Chorus Line, Cha Cha in Grease and featured ensemble in Aida.

Rounding out the “Burger Palace Boys” are Joe Hornberger as Roger, Gino Cardoni as Sonny, and Kylan Ross as Doody. The “Pink Ladies” will also feature Maya Cuevas as Frenchy, Elizabeth D’Aiuto as Marty, and Zoey Bright as Jan.