Xanadu a “Gift from the Gods!” 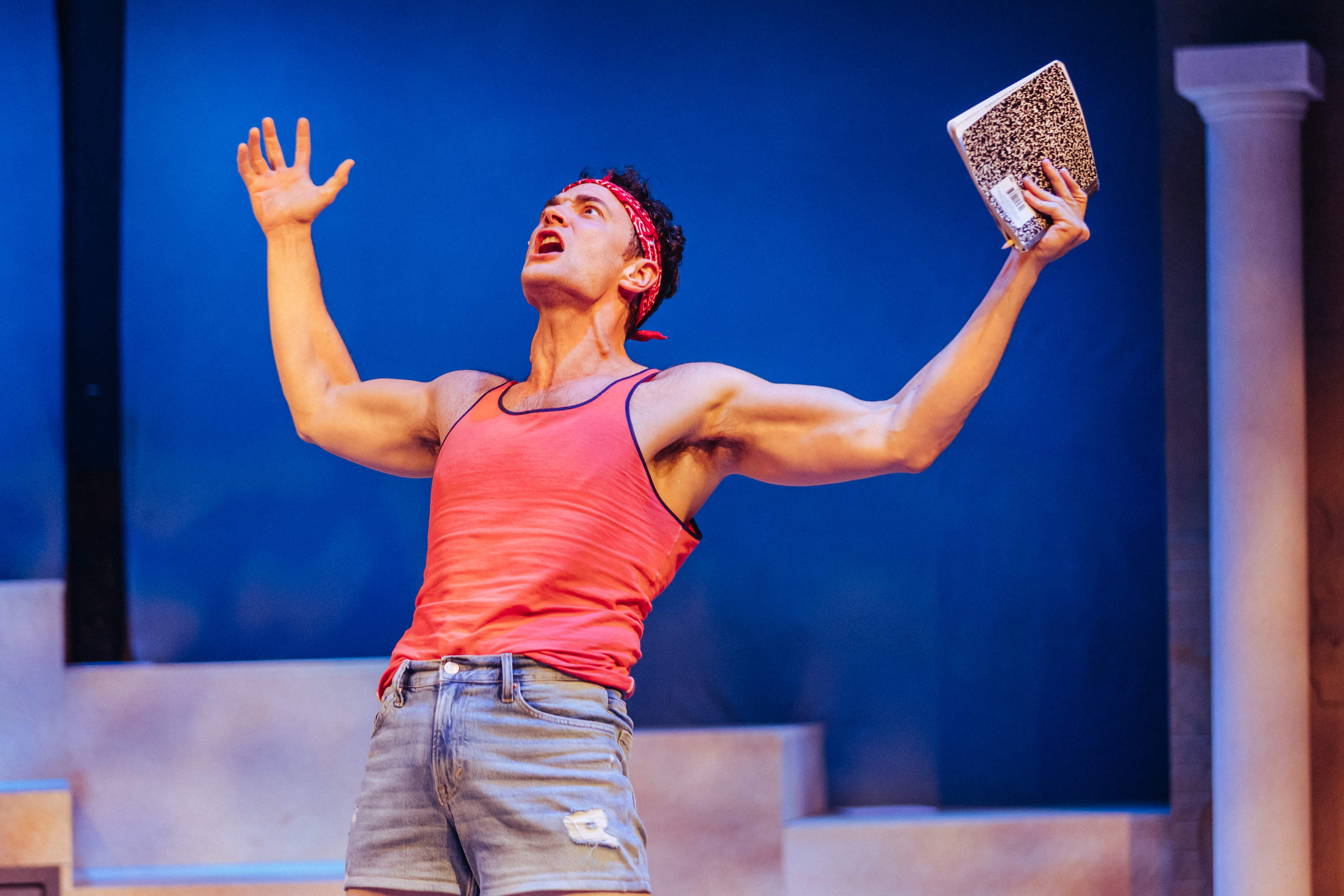 J. Peter Bergman says “Xanadu” will leave you “breathless” in his review for The Berkshire Edge

“The company does wonderful work on stage and off. The costumes designed by Angela Carstensen are often as silly as the story. Lighting by Andrew Gmoser highlights each of the
moments perfectly. Kevin Gleason’s sets capture the hilarity of the situation. The company of
nine players, some of them doubling their roles, are excellent.”

“Kelley is a lovely foil for the nonsense surrounding his character and Galorenzo and Pantazis are such delicious villains they should always be given the chance to play the bad guys.”

“Yancey entertains as always. Two of the muses (all sisters, remember) are hysterically played by Ricky Dobbs (Thalia, Muse of Comedy) and Patrick MacLennan (Terpsicore, Muse of Dance).”

“A wonderful choice to cover the difficulties of the transition from Summer to Autumn, I suggest that you get your tickets now, get to Chatham and indulge your entertainment needs with “Xanadu” while you can. It doesn’t play every night, but seeing Robin Campbell’s humorous take on modern-day’s man in relationship to the eternal values of the world is worth the effort.”

“As a Gen Xer, I knew all the songs – I’m Alive, Suddenly, Magic, Evil Woman – you’ve heard them all before. The colorful costumes and dance routines are fantasmic! There’s an incredible tap dance routine by performer Tezz Yancey – based on the movie’s performance by Gene Kelly.”

“The multi-talented lead actress, Kira/Clio, played by Lucy Rhoades, can belt out a song, dance up a storm, roller-skate around a small stage, and squawk out an Australian accent with gusto!”

“Kudos to the set and costume designers, Kevin Gleason and Angela Carstensen, for a scene filled with life-sized Greek mythical characters, such as a white centaur with gold glittering hooves.”

“Singing, dancing, sets, costumes, and comedy – it’s all there at Xanadu – a gift from the Gods! Sweeter than ambrosia, Xanadu is a delight!”

“Don’t walk – skip jauntily – or better yet, roller-skate to the Mac-Haydn”

“Andrew Burton Kelley returns to the Mac stage, and it appears that this is the role he is clearly having the most fun with this season. Lucy Rhoades joins the Mac-Haydn family and fits right in. Kelley and Rhoades are a dynamic duo on stage.”

“Kira and Sonny are both very lovable characters. The actors filling the shoes, or in Rhoades case, the roller skates, are a delight.”

“Both possess strong voices, have great sense of comic timing and make their time on stage, which is almost nonstop, appear effortless.”

“While the sisters are all excellent, outstanding in the group are Ricky Dobbs and Rachel Pantazis as Thailia and Calliope.”

“Julie Galorenzo, Melpomene (the evil sister), is a joy to watch. She is clearly great at being evil. Her strong singing voice soars in “Evil Women”. It is her asides, mostly visual, to the audience that had the small but very appreciative crowd coming unglued at the show.”

“Choreographer David Tankersley and Music Director Bobby McCoy have worked together to present the best in eighties music and have us believe that we are all in the world’s first roller disco.”

Go To The Xanadu Page