“….the creative elements of the technical side of the production are worth the price of admission” 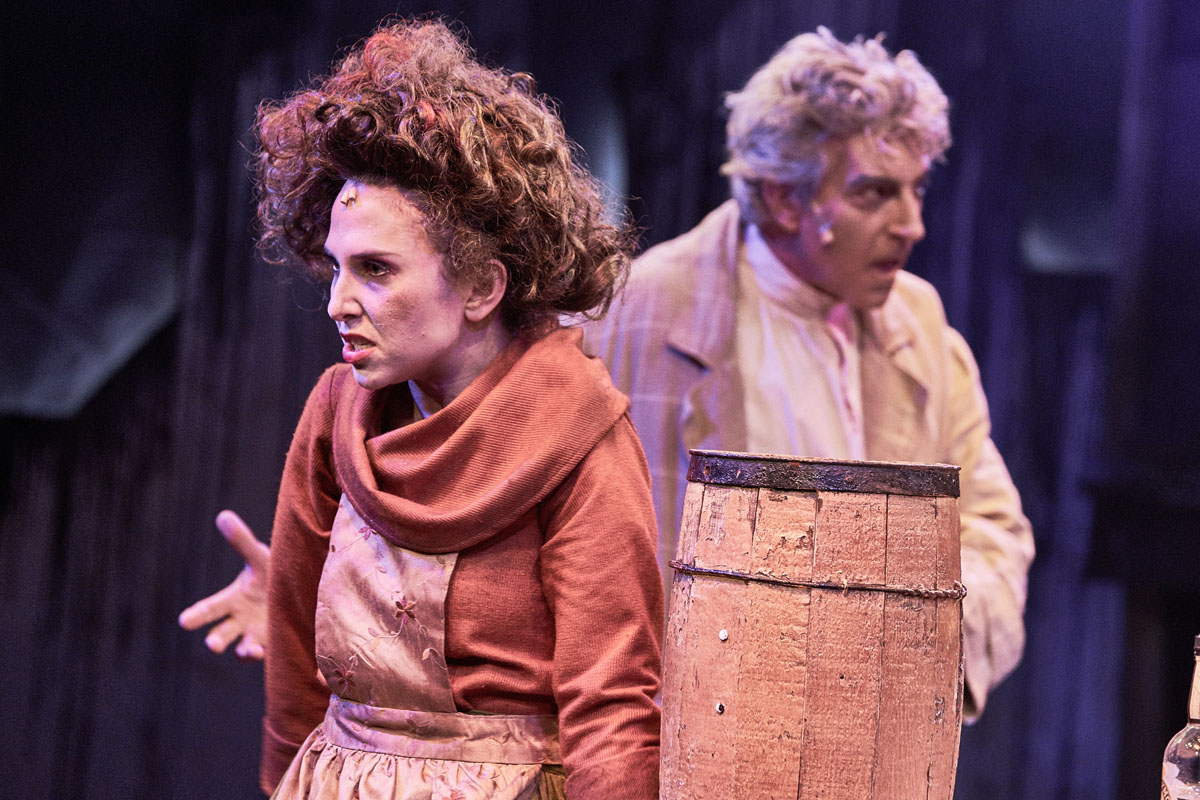 “Stephen Sondheim, as the western world knows, is one of the musical theatre’s giant figures especially during the last half of the 20th century. His works, even the weak ones, are celebrated as being innovative and challenging. Think of Company, Follies, A Little Night Music, Sunday in the Park with George, Into the Woods and many others, but pay special attention to Sweeney Todd: The Demon Barber of Fleet Street. First produced in 1979 starring Len Cariou and Angela Lansbury, it won the Tony Award as Best Musical. In 1989 Bob Gunton, co-starring with Beth Fowler, was Best Actor in a Musical and in 2005 it won the Best Musical Revival starring Patti Lupone and Michael Cerveris.

For a theatre company to produce a creditable Sweeney takes a large cast that can handle extremely difficult music, a director with great creative tools and a lot of courage. All that can be seen in Mac-Haydn Theatre‘s production currently in Chatham, New York, until August 6.

For those who don’t know the Mac, it is a theatre-in-the round which is a bit problematic for the show. In a proscenium production there can be an overwhelming sense of the underbelly of London… its shadows and ugliness… hovering over and around the playing area; that’s difficult to create when the stage is encircled by the audience. The problem is somewhat modified by Andrew Gmoser’s sensitive and artistic lighting design that supports Kevin Gleason’s set that utilizes the space surrounding the stage and the aisles with myriad set pieces of various sizes and heights. Jimm Halliday’s costumes for 31 people, many of whom play numerous roles, define the character and the late 19th century when the play takes place. Actually, the creative elements of the technical side of the production are worth the price of admission.

The cast is predominantly non-Equity, the actors’ union, but that does not mean the talent is of lesser quality. The voices of the entire cast are on a professional level as is the acting. The two leads, Mark Hardy as Sweeney and Emily Kron as Mrs. Lovett, have extensive experience on Broadway and off as well as major regional theatres. Hardy is a different Sweeney than is customarily expected. He is usually seen with dark, deep-set eyes with a sinister glare and bearing. This Sweeney appears to be of normal physical presence, but the determination to avenge his trumped-up incarceration and the loss of his wife and daughter becomes more compelling. Mrs. Lovett in the hands of Emily Kron is also a different take. Here her gruesome plan to use Todd’s victims in her pies is almost joyous rather than forbidding. Her energy and brightness almost makes her endearing… a frightful thought. The secondary leads are also strong vocally and in their respective characters. 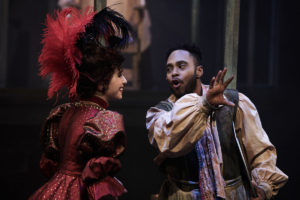 Director John Saunders has used every inch of the small theatre to tell the story in tight and efficient staging by moving the cast smoothly into vivid theatrical stage pictures. He follows the arc of the story and fulfills its dramatic emotional impact.

The small orchestra and the vocals of the cast under the direction of David Maglione and Jillian Zack interpret Sondheim’s ambitious score with both subtlety and power.

Given that this is summer stock theatre, the rehearsal period is very limited. To reach the high quality of this production with the inherent limitations is testimony to the talents of all involved. This is not a major regional production but it offers many of its own special artistic attributes