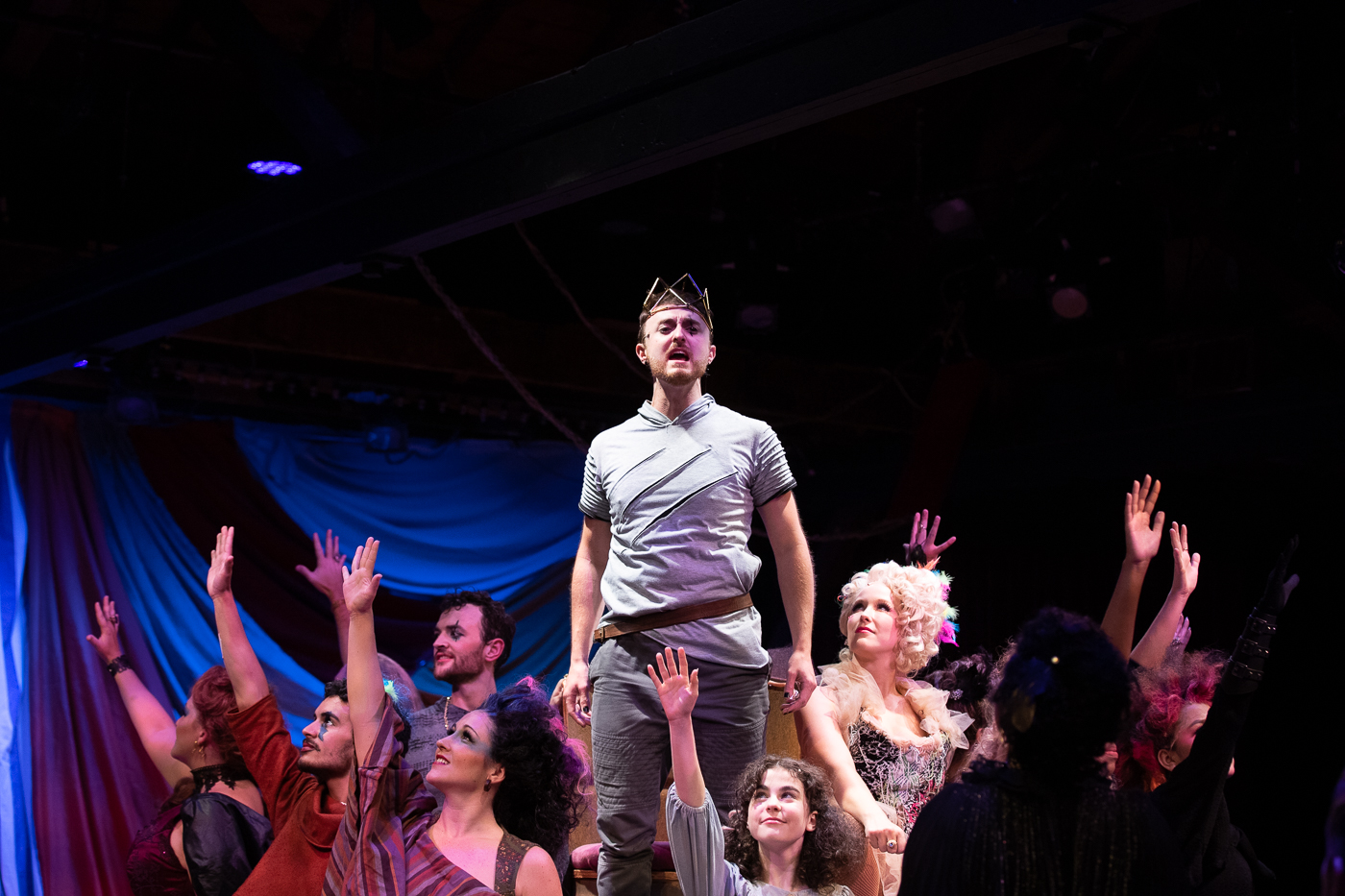 J. Peter Bergman Praises Pippin in his review for The Berkshire Edge

“Nothing freshens old theater quite like a new generation making it their own without reference to the original. This production is the proof of that theory.”

“As the Leading Player Amber Mawande-Spytek takes her audience on the authors’ journey. She is deliberate, forceful and dynamic in this role and she delivers every moment with an assertive quality that is both endearing and alarming.”

“His (Kylan Ross’) introduction song “Corner of the Sky,” once the most popular audition song in existence, felt absolutely right in his hands. Pippin actually grew as a character as the book progressed. He is both a talented actor and singer which he proved during the two hour and fifteen minute evening.”

“I never anticipated recommending “Pippin” to anyone but this I do wholeheartedly this time around. Never liking something, it appears, needn’t be forever, a lifetime aversion. Brilliant insight can turn things around as John Saunders‘ version of this show proves.”

“The costumes designed by Angela Carstensen are perfect for this production as are the sets by Emma Cummings who uses the new and enlarged stage wonderfully.”

“Player with Fire is performed by David Aaron. He is a truly magnificent performer.”

“Liz Gurland as Berthe adds a vigorous sensibility to the proceedings. With her one number she invigorates the show.”

“Cuevas manages to do the same thing with a moment that has always seemed false before. Her rendition of “I Guess I’ll Miss the Man” felt right to me for the first time ever taking on its intended double meaning.”

“The Mac-Haydn Theatre has reopened with a production that more than compensates for those months of darkened empty stages and empty houses.”

“Cuevas’s delivery of “I guess I’ll miss the man” had a sincerity and a wistfulness that not only was in perfect keeping with her character, but riveted the audience during its delivery.”

“Veteran of many a Mac-Haydn production, Lighting Director Andrew Gmoser has created another of his signature stunning looks, brimming with color and movement and intensity.”

“Yes, the Mac is back, and Pippin is the perfect welcome back to the theatre-hungry world. The Leading Player’s promises parts to perform and hearts to warm, and delivers on the promise 100 fold.”

“I applaud their choices to ensure that performances can continue as safely as possible for actors and audience alike.”

“The ensemble of players throughout the show offers exciting, engaged and committed performances, never flagging in their energy or imagination always abetted by fun choreography by Elizabeth McGuire.”

“There are Victorian and modern elements to the terrific costume design by Angela Carstensen, scenic design by Emma Cummings and prop design by Emily Spateholts.”

“The band under the direction of David Maglione is larger, fuller and more alive than I have remembered in this space. It’s a great performance of Schwartz’s enduring mix of pop and show tunes.”

“Artistic Director John Saunders has led Mac Haydn Theatre through the darkness of the past two years and like the title character of his production of “Pippin” shone a light and found the extraordinary in the ordinary.”

“First and foremost, it’s good to be back watching a show at The Mac again.”

“As Catherine, Maya Cuevas sings beautifully with a crystalline voice.”

“The purest joy here is Liz Gurland as Pippin’s grandmother, Berthe, who has the show’s purposefully designed showstopper, “No Time at All.””

Go To The Pippin Page