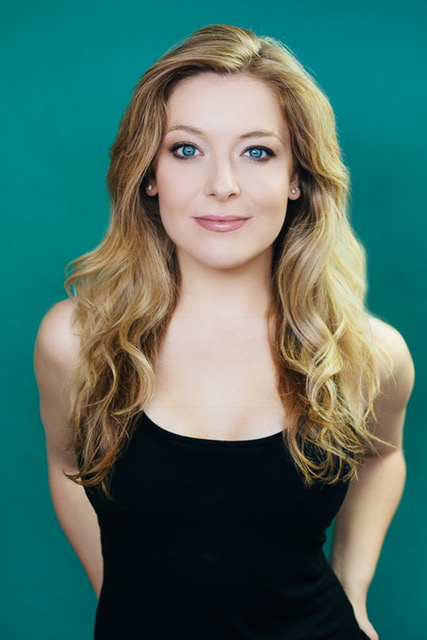 Our MHT Alum Spotlight is on Emily Afton. Emily was a Company Member in 2007 and returned in 2009 (Polly Parker in Crazy for You) and 2010 (Roxie Hart in Chicago). Emily is currently the female swing* for the pre-Broadway production of Amelie in Los Angeles.

Emily was in the 1st National Tour of Priscilla Queen of the Desert, was part of Waitress in its pre-Broadway production in Boston and also was in Hair on Broadway during the “Summer of Love” in 2011. MHT had a chance to sit down with Emily before she left for LA.

Can you talk a bit about your childhood and how it influenced your career in Musical Theatre? I grew up in Salina, Kansas and I always wanted to sing. I loved singing and acting and I was a gymnast. I took an acting class because my friend did and I wanted to be like them. At 12 I was cast as Artful Dodger in Oliver, sharing the role with my best friend, and I was hooked.

Who were your influences growing up? Julie Andrews, Judy Garland, Gene Kelley. I also wanted to be Mariah Carey, haha. I always say she is how I learned to sing, her and En Vogue.

How has your time at Mac-Haydn prepared you for the work you have done after? Mac-Haydn prepared me for a life as a Swing. Amelie is my 5th time having to be a Swing. At Mac-Haydn you learn roles so quickly that even understudying Miss Dorothy (Thoroughly Modern Millie in 2007, and performed the role) opened a lot of doors. Swings have to keep a lot in their brains, and once you Swing once, directors will often trust you as a Swing. My first time as a Swing was I Love a Piano then I ended up being a Swing for 42nd Street at Goodspeed (same Director).

What do you enjoy about being a Swing? It is fun to get to play all the different roles. I like the challenge of it. Once the show is set and running and I can watch each track once (watching the show once per role I understudy) it becomes easier.

What is the biggest challenge with being a Swing? Brain-wise, it is remembering the traffic and little specifics, like I may know I need to exit left but there are other people and patterns they walk that I need to be aware of. Emotionally, you’re in the room but you are always replicating, you get left out a lot. It is a lot of watching people do what you wish you were doing, so you feel left out a lot.

Any advice to someone who is going to be a Swing for the first time? Oh man, you have to come up with your own system. I’m a visual learner, I have to watch it, write it down and study a lot. It is tedious. It is emotionally hard, but trust yourself, specificity is key.

What do you hope the audience gets out of Amelie? Amelie is my favorite movie of all time. I’m obsessed with it. The main point is Amelie changes her life by helping the people. She does good deeds for everyone she meets. I hope people see that helping people, helping others makes the world magical.

Emily performing with her 90s cover band, Saved by the 90s.

Any advice to an actor just starting out? Just put yourself out there. Be your best. Show up for every audition you can. I used to try and make myself into what I thought people wanted but I learned you need to be your version of what they want. Embody the role and be open to finding out what you’re good at. Keep going, don’t worry about your timeline. There is nothing I could imagine doing, it is what inspires me.

*What is a Swing? Theatre Development Fund (TDF) has created this amazing video and page on the role of a swing. Check out TDF Theatre Dictionary.