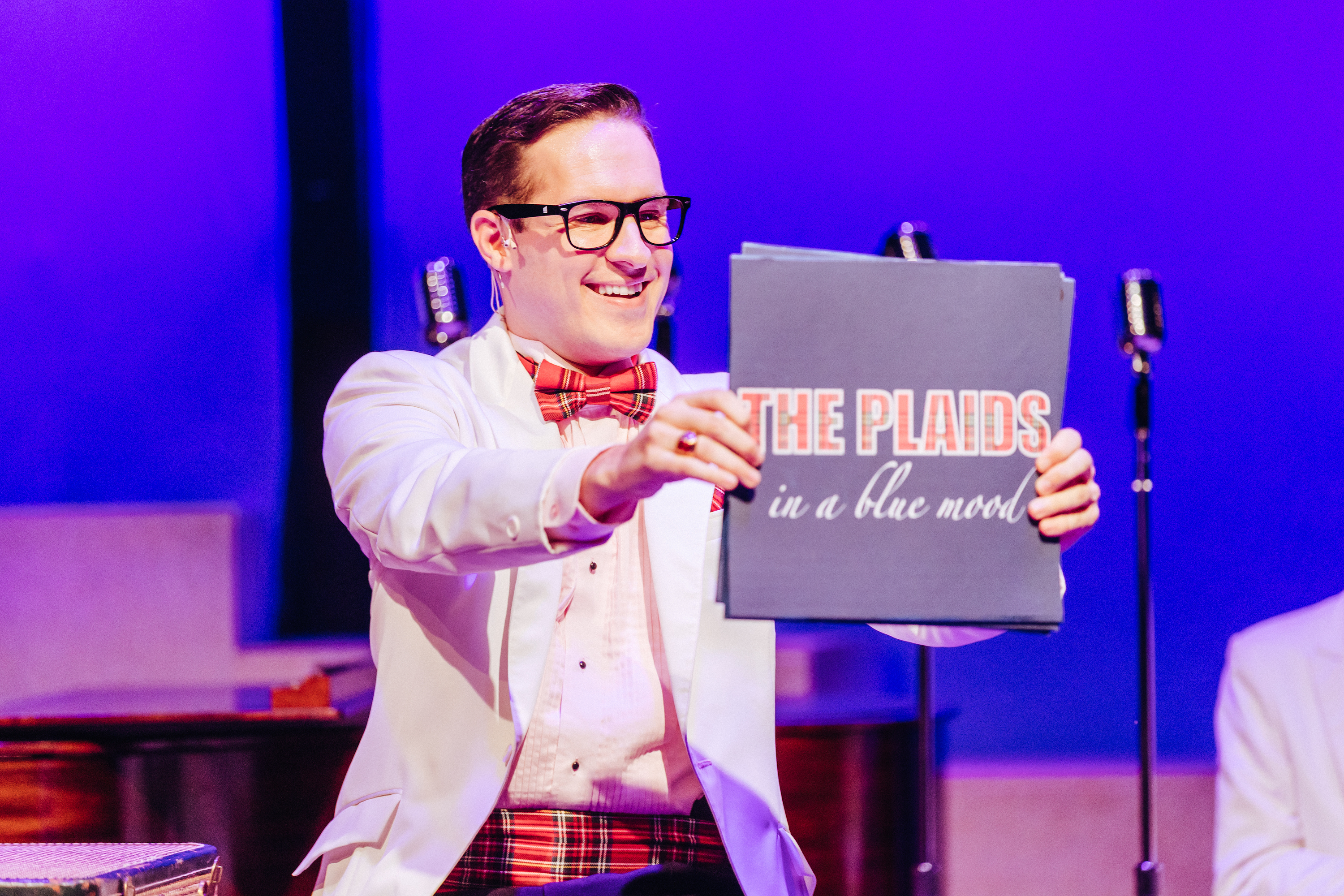 “Together, they are a compilation of sweet, insecure, somewhat neurotic, and incredibly talented young men who have been given the opportunity to live out their one last dream.”

“Together, The Plaids give us 90 minutes of vocal liquid gold.”

“Smooth, silky, and joyful. Cody Edwards sets up most of the numbers. His strong lead voice carries the group through “Three Coins in The Fountain”, “Moments to Remember”, “Perfidia”, and “Catch a Falling Star” to name but a few.”

“What makes this production work so well is a combination of Eric Shorey’s musical direction and Ashley Delane Burger’s choreography. Director James Barry has shown his ability as a secure director by allowing the music to be the star of this show.”

J. Peter Bergman says “Forever Plaid” is a “most satisfying” production in his review for The Berkshire Edge

“If you’ve never seen this show before it is one not to miss, and if you’re a fan of the piece, James Barry has directed a smash hit version of it for the Mac.”

“Kylan Ross, by stepping back from lead roles into this ensemble work, has solidified his place as an emerging star of the company”

“Barry’s staging of the play gives all four men that special something that defines musical groups as special people who understand cooperation in the notes, and the choreography by Ashley DeLane Burger of their lives together is as special as their story.”

“costumes, designed by Claire Mezzetta, are delightful and a grand piano centered set design by Kevin Gleason is practically perfect in every way. Andrew Gmoser’s fun lighting gives the quartet everything they need and also provides subtle showcasing of music director Eric Shorey as needed.”

“This light comedy is both entertaining and thought-provoking and ultimately most satisfying. It’s a sweet and sentimental combination of a show and well worth devoting some time to as the summer season wanes and warps into Autumn.”

“Covering more than a dozen songs from the fifties and a retro rendition of at least one from the early sixties, the four young men who have been frozen in time harmonize, croon and synchronize their steps…”

“You can almost smell the Brylcreem as the small but talented cast belts out one vocal harmony after another, with choreography that’s as tight and enjoyable as the singing…”

“For those of us who grew up in the era of Happy Days and Sha Na Na, plenty of songs are familiar enough to sing along…”

“the show’s greatest highlight is an amazingly-funny circus parody of The Ed Sullivan Show. Quoting Frankie’s passionate, accidental outburst, “It was good, dammit!””

Go To The Forever Plaid Page