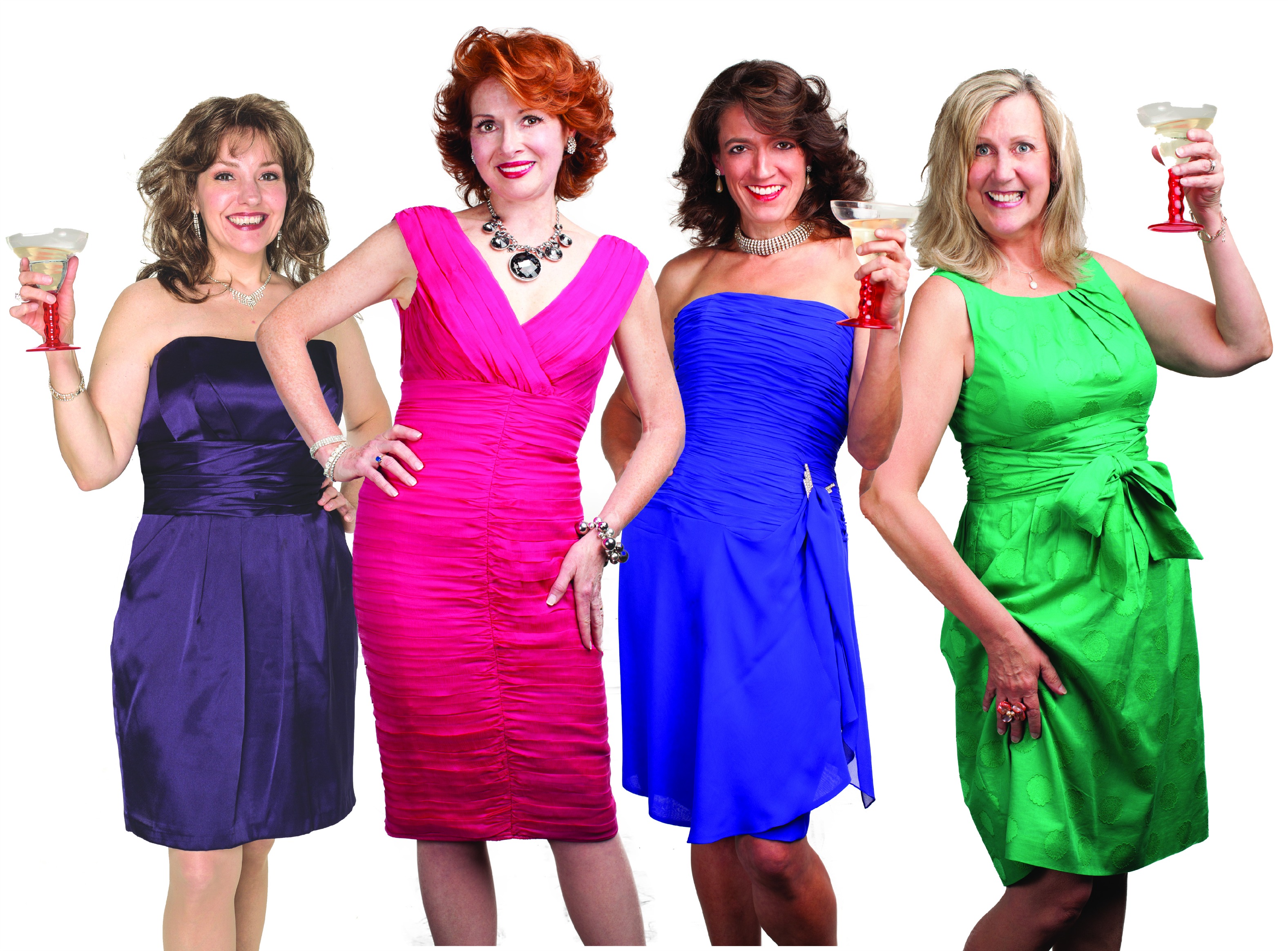 “For an hour of delicious amusement put down the dish towel, drop that garden trowel and pull into the parking lot at the Mac-Haydn. You won’t be disappointed.”
A Review by J. Peter Bergman

Carl Ritchie has cut his original show to a one hour and six minute one-act and is mounting it for four performances only at the Mac-Haydn Theatre in Chatham, New York. His four fresh female floozies (it’s a Dutch word!) are still flashing their smiles, flushing their rivals and flouncing their femininity for four hours and twenty-four minutes this summer so run, don’t walk, to see what they’re up to.

Amy Fiebke plays Carol, the weekender who’s drifting into longer stays in the region. Meg Dooley, former child-star Melody, is the traditional rich bitch weekender who bought a fabulous old farm, tore it down and built a monstrosity of a mansion. Diedre Bollinger is her maid-of-all-work, Danny – a local, who keeps it real, on the low-down, dirty and hot. Cathy Lee-Visscher is Katrina, the local with roots in the region stretching back to the 1600s and who knows the Dutch derivation of every word spoken. When these four get going there’s nothing held back. After all, they are on “reality television” with one glaring hole – not one reference to Donald Trump, king of the genre.

But they don’t need to cite The Donald. They have their own Republican ways about them. Melody and Carol treat Danny like white trash. She responds in exactly the same way except for her pay-check-mentality deference. Katrina is soulfully soulless falling back on her heritage as an immediate resort when pressed. As friends and associates they are hilarious.

Ritchie’s scenes are a bit below the belt. His lyrics are taunting and funny. The music is an easy and teasing type of tuneful escape. The highly packed hour with this company, which includes Joe Rose accompanying the houswives, is almost an exhausting one as they explore what it means to be women of a certain age in a certain place at a certain point in their lives.

Ritchie has given his team a temporary goal: a fund-raising party with a theme that leaves you laughing a lot, especially when they wear their gala costumes and have to explain them. One great moment in this sequence is the appearance of Danny whose entrances have kept us laughing each time. Bollinger, the only brunette in the bunch, does wonderful things with each of these moments, but this one is the best.

They only want their “Fifteen Minutes of Fame,” they claim, but after the “Happy Hour” and the planning of “A Catered Affair” for “Plenty of Friends” which will take “A Little Work” in which they will all go “Dutch” these real desperate housewives in Columbia County, New York, their “Peaceful Vale,” all need to “Shop Till You Drop.” It’s “The Most Important Thing.”

For an hour of delicious amusement put down the dish towel, drop that garden trowel and pull into the parking lot at the Mac-Haydn. You won’t be disappointed.