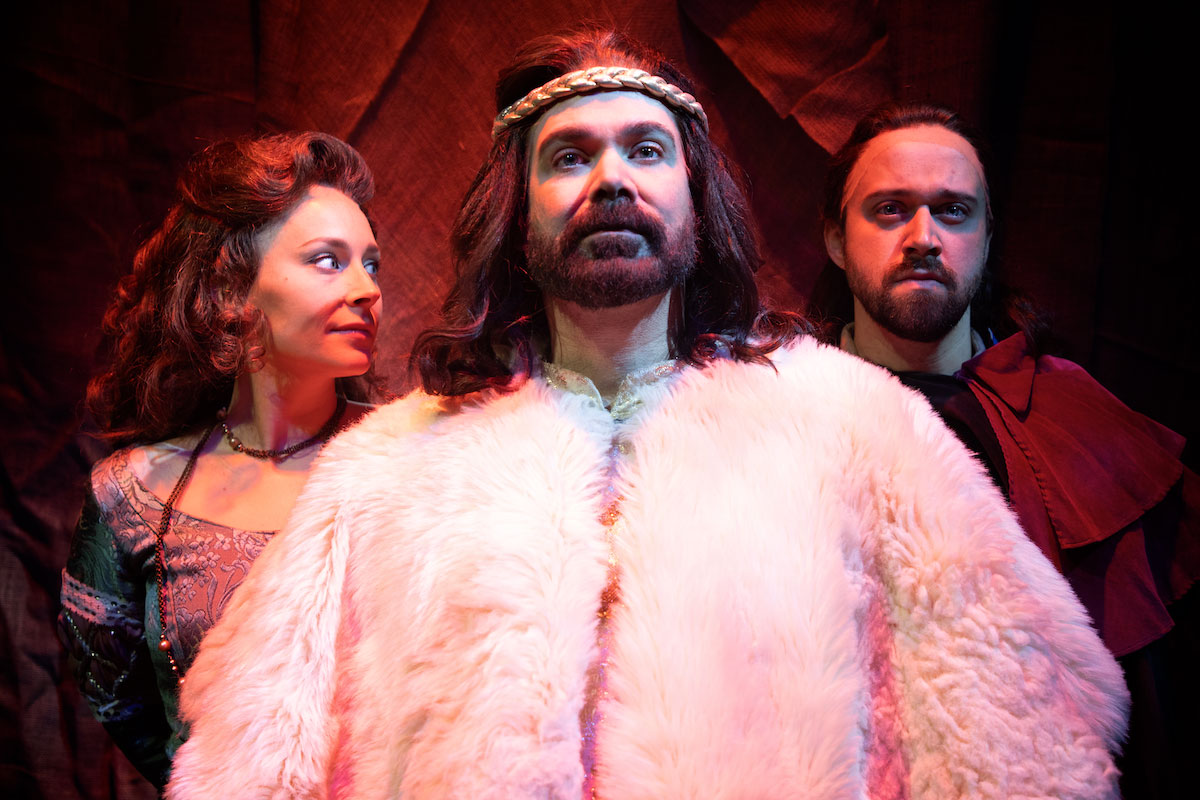 We are delighted to announce the cast for our first show of the season, Camelot.

Stepping into the role of King Arthur is Mac-Haydn favorite Gabe Belyeu, kicking off his tenth season in Chatham. Last summer, audiences enjoyed Gabe in Damn Yankees, Mamma Mia, The Hunchback of Notre Dame, and Annie. Some of Gabe’s career highlights include the National Tours of Showboat and Jesus Christ Superstar with Ted Neeley.

Madison Stratton returns to The Mac-Haydn as the beautiful and spirited Guenevere after her performance as Tonya in last season’s fan-favorite production of Mamma Mia. Madison’s New York theatre credits include Baby, A New Musical Off-Broadway and the National Tour of Ragtime.

Nick Miller makes his Mac-Haydn debut as Sir Lancelot. Nick was recently seen as Falstaff in Mixed Precipitation’s Merry Wives of Windsor, Plunkett in Utopia Opera’s Martha, and Judd in the Engeman Theatre’s production of Rodgers and Hammerstein’s Oklahoma!, which he will reprise in Mac-Haydn’s production in August.