Jelani Alladin (Mac-Haydn, 2011) talks to us about creating the role of Kristoff in Broadway’s Frozen, working for Disney and the audition process.

Jelani you recently had the opportunity to originate a role in a Broadway show! What about that experience differed from your expectations?

Bringing to life a character in the biggest animation hit of all time is no small task. I was never expecting it to be easy, but I could have never imagined the great number of challenges in trying to honor what people know and love about the character and blend it with my own identity as an artist. I was lucky that Kristoff and I meet in many places, but there were some that we didn’t. I had to rise to the occasion!

Since the remarkable success of The Lion King, Disney has made a permanent home on Broadway, often producing multiple shows in a season. How is working for them different than a more traditional theatre producer or company?

Working with Disney, I’ll be honest, I was spoiled. They are so great about making sure every single person in the building, not just actors, are taken care of and respected. Also working for Disney means that you are now part of a HUGE fan base. So everywhere I go I am bound to be recognized or noticed and though it’s my off time, I’m still representing the company and must always be on my best behavior. As an actor working for such a big company, you never feel that way, you still feel like you are making art and having a real process. The actual job is no different! 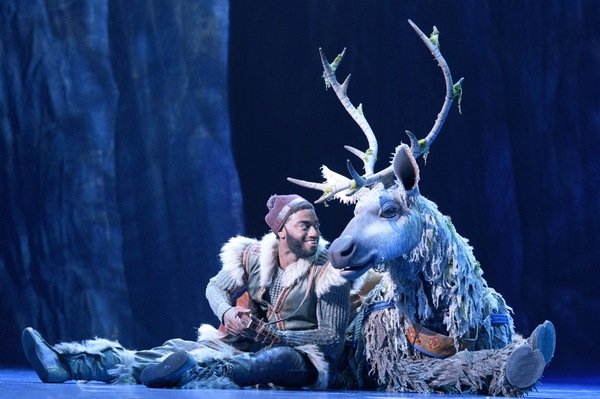 Jelani as Kristoff with Sven

Was there anything that you performed in before Frozen, or any theatre relationship that you feel led you to land the role of Kristoff?

All! Every moment of my life has prepared for the current moment. I believe life to be cumulative. In this business work leads to work, and that begins with you working on yourself first. Everything from my training at NYU, to working regional theatre, developing new plays and musicals, tv and film projects, off broadway shows, all have lead me to this moment. And I am now excited to take all that I have learned from Kristoff and carry it forward to whatever comes next.

One specific thing I will say is that in the new musical Josephine that I did at Asolo Rep, in addition to playing my role, and being in the ensemble, I was cast to be the head puppeteer for Ethel, Josephine’s monkey. I had to learn in special rehearsal time how to puppet and truly bring to life an animal on stage. This significantly helped with my work with Sven and how to make him feel as real on stage as possible!

I went to an EPA for Frozen just on a whim because that’s what you do as an actor. You audition for anything you can. After that EPA I received a call for a prescreen for Kristoff, after that prescreen the next morning I met the entire team! I was told I was going straight to final callbacks in a few months. And after a long grueling day of chemistry reads, I was supposed to hear. Then found out I had to come back the following week to audition again with Patti Murin. I came in, read with her and the next day, Valentines Day, I got the call!

We are about to begin auditions for our Summer ‘19 season. Do you remember your audition for the Mac?

Yes, I remember it clear as day! I remember Lynne, may she rest in sweet sweet peace, smiling at me after I sang Almost like Being in Love from Brigadoon! I remember having so much fun dancing and reading scenes. I remember the room feeling warm and inviting! Auditioning should always be a joy for all involved. As an actor I always want to be the solution to whoever’s casting problem. 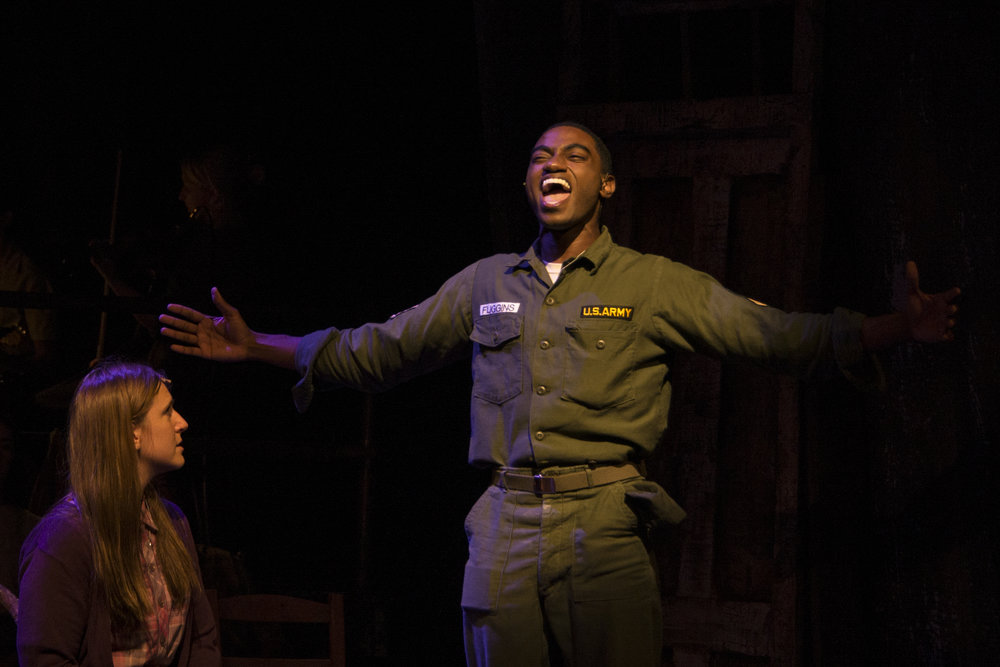 If you had to name one thing that you took away from your summer at the Mac-Haydn, what would it be?

Versatility. Hands down the best training you can get in developing multiple characters at once, and getting to experience different parts of the theatre, on stage and off. I was pushed to my limits at the Mac! It was my first professional job and I got to play characters, do children’s theatre, dance, sing various styles. My season had King and I, Swing, Grease, Rodney the Reluctant Dragon, Carousel… all so different from each other. I truly don’t know how I memorized all that so quickly.. but I was younger and quicker then LOL!

I also have to say GENEROSITY! Could there be a kinder group of people that work at a theatre. Shout outs to all those that were so kind to me during my time that summer!!!! I will never forget that. Dee, Terri, Joanne, Barbara, The Shook’s, I’m probably forgetting so many more names but man, did that make the whole experience that much more worthwhile!

That’s a long list. I’ll just say anyone of color that has come before me and made the space that I can now operate in as an actor. Each and every single one of them influence me every day to get out of bed and continue trying to move the world forward through my art!

Any other projects on the horizon that we are allowed to know about?

I plead the 5th! But I hope I am fortunate enough to continue to expand the collection of art that helps us understand more about the African American male and his experience.