A Saturday Conversation at The Mac: Mark Hardy 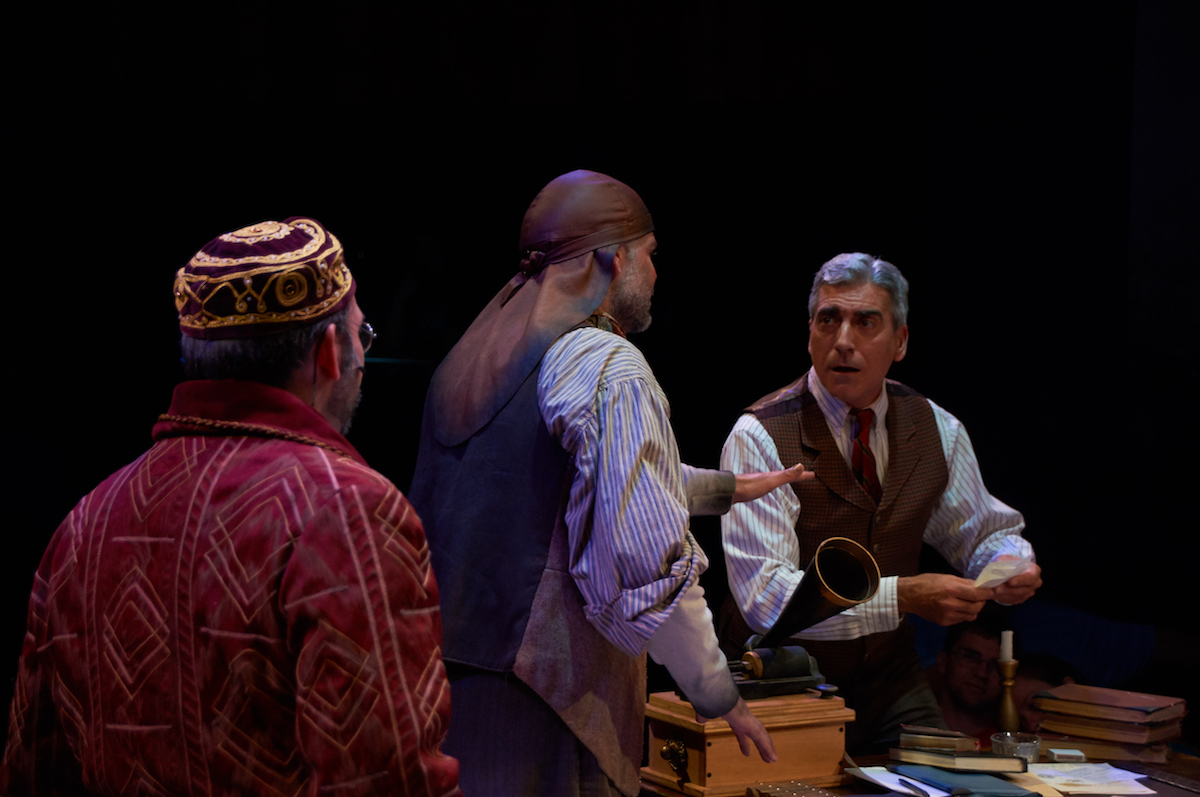 Mark Hardy is a Broadway Vet, a Professor at Montclair State University and a former Company Member of The Mac-Haydn Theatre (1984) who has recently returned to act and direct the past few years. Mark stars as Henry Higgins in our season’s opening show “My Fair Lady.”

Mac-Haydn: Tell us about your first audition for The Mac-Haydn.

Mark Hardy: I remember they were nice and there was a really good vibe in the room. I don’t remember a callback, I think I did a couple of things, we talked and they called and hired me for the whole season. I feel I learned more about acting and about acting in musical theatre in those 4 months than I did in all of college. I think the summer here set me up to present myself better than I had before to kind of understand myself as an actor better.

Mac-Haydn: What happened right after that season?

Mark Hardy: I went back to New York. That winter I got a chance to get my card (Actor’s Equity Association Union Card) doing “Fiddler on the Roof” with Joey Patton another infamous Mac-Haydn-ite at the Carousel Dinner Theatre in Akron, Ohio.

In keeping in touch with people from his season here:

Mark Hardy: I’m still very close to a couple of people from my summer and we all have very similar feelings about the summer and what it meant in our lives; it was a very important time. Two of them are my best friends.

Mac-Haydn: What’s the biggest difference with training now and training then?

Mark Hardy: There was really very little musical theatre training when I was in college. I think CCM (Cincinnati Conservatory of Music) had just started, that might have been the only program in the country. So if you were really interested in musical theatre you just sort of put it together yourself. The odd thing about my training was I was interested in musical theatre but what I really wanted to do was a classical actor. I then got to New York and was getting work in Musical Theatre so that’s kind of where the path took me.

Mac-Haydn: What brings you back to The Mac?

Mark Hardy: When the job at Montclair happened, I just got in touch with people from companies I have loved working with to say, I’m back in the area if there’s ever something let’s talk,” and Monica immediately responded. So two years ago they asked me to direct “Fiddler (on the Roof)” which is incredible because I had done the show here 30 years before.

Mac-Haydn: What are the biggest differences at Mac-Haydn since you were here in 1984?

Mark Hardy: I think because training has improved so much i think the resident company is so much more highly trained and highly skilled. Thats a big plus – huge plus.

Mac-Haydn: Do you have any advice to a young performer? More specifically who is interested in working in Summer-stock?

Mark Hardy: If you have a powerful work ethic and you really love this then you should do it because it will tell you very quickly if you are meant to be in the theatre. People who crash and burn in summer-stock aren’t going to do any better on a tour — aren’t going to do any better in regional theatre. I think it’s a great litmus test for stamina — for focus. Can you do this on your bad days? Can you do this 7 days a week? No better way to find it out.

Mac-Haydn: How have you maintained this career?

Mark Hardy: Part of it is just early on figuring out how to stay balanced as a human being. I’ve always cultivated relationships outside the theatre. I have other passions and hobbies and I think that’s part of it. I think staying healthy physically, and mentally – psychically and spiritually is really really important because it’s a tough world, you know, there’s a lot of rejection, there’s a lot of loss, there’s a lot of disappointment, there’s a lot of self disgust. I believe in what Martha Graham wrote to Agnes De Mille, that “no artist is ever pleased.” You can enjoy your work but you always think, ‘I could have done that better’ and you want to get back to it. And over a lifetime that can wear on you, so I think there have to be other outlets. I think you also have to know when you’re burning out and take a break. I think that’s really important.

Mac-Haydn: Is there anything you would’ve done differently?

Mark Hardy: No one talked to me much about type and I am such a specific type and I wasted a lot of time in New York swimming up the wrong streams trying to go out for everything and do everything and be everything. It’s important to have the spirit to think, “I’m going to break down walls,” that’s different, but to look at a whole industry and think, “Those rules don’t apply to me” is completely foolish and I think I wasted a lot of time.

Mac-Haydn: What are your favorite roles you have played?

Barnum in “Barnum” – at The Mac-Haydn

Mac-Haydn: What is your dream role?

Mark Hardy:  Sweeney Todd, I would love to do that. A dream role I will never get to play is Caliban in The Tempest.