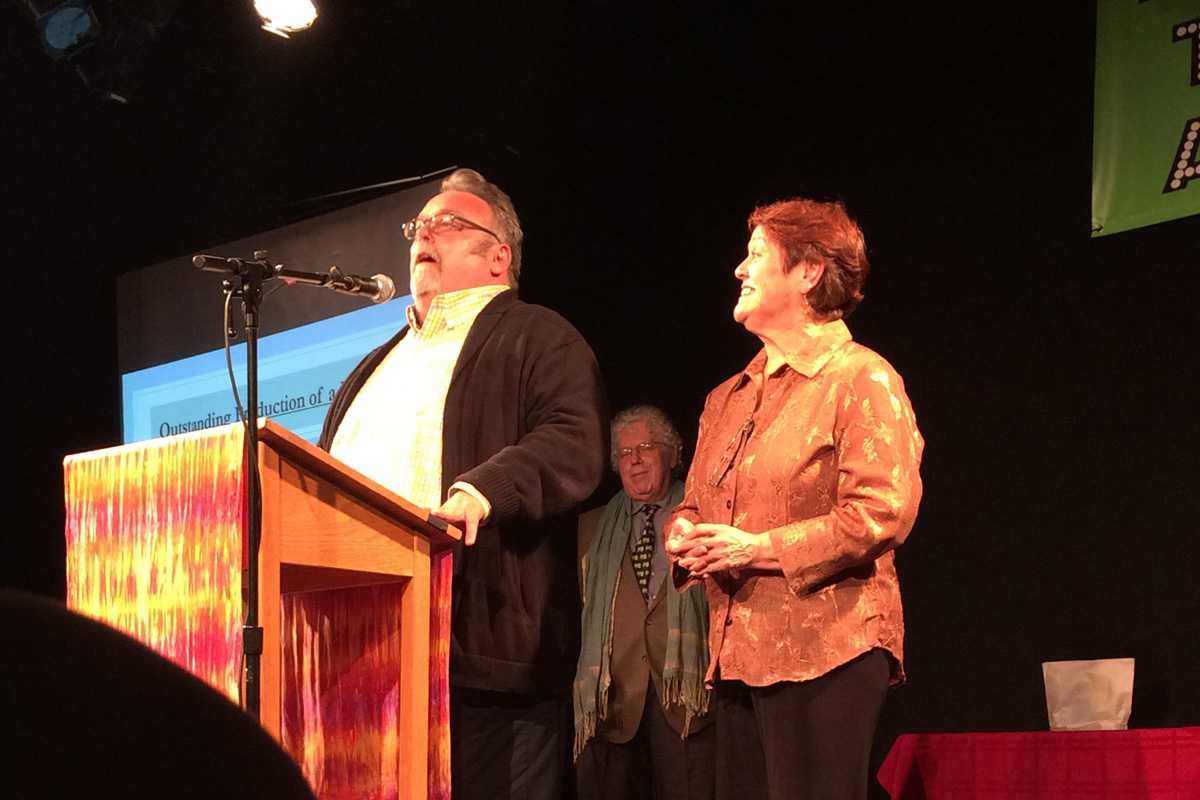 We are excited to share that we won 3 “Berkies” or Berkshire Theatre Awards for the 2017 season! It was a wonderful evening of awards with our Berkshire community. Receieving 11 nominations we were honored to have our work recognized in a field of such outstanding artists.

Sebastiani Romagnolo was the first Mac-Haydn member to take home an award. He won for Outstanding Choreography for his work on Hello, Dolly!

Emily Kron was our second recipient, winning Outstanding Performance by a Lead Actress in a Musical for her remarkable portrayal of Mrs. Lovett in Sweeney Todd.

Our final win came at the end of the night when it was announced that there was a tie for Outstanding Production of a Musical. Our production of Hello, Dolly! shared the honor with Barrington Stage’s production of Company. Artistic Director John Saunders, who directed the production, called upon our radiant Dolly Levy Monica M. Wemitt (Nominated for Lead Actress in a Musical) to join him in accepting the award.

It was a truly magical night and we could not have made it happen without the love and support of our fans!