It’s the most wonderful time of the year, but also the busiest, especially for the Broadway theatre community.

While most of us are enjoying time off with our friends and family for the holidays, Broadway shows are entering their most strenuous weeks of the season. This means alternate scheduling, multiple two-show days per week and navigating the intense environment of Midtown Manhattan during the holidays. We asked Mac-Haydn alums Aneesa Folds (Freestyle Love Supreme), Eryn LeCroy (Phantom of the Opera), and Dan Macke (Dear Evan Hansen) how they handle the challenges that come with being on Broadway during the holiday season. 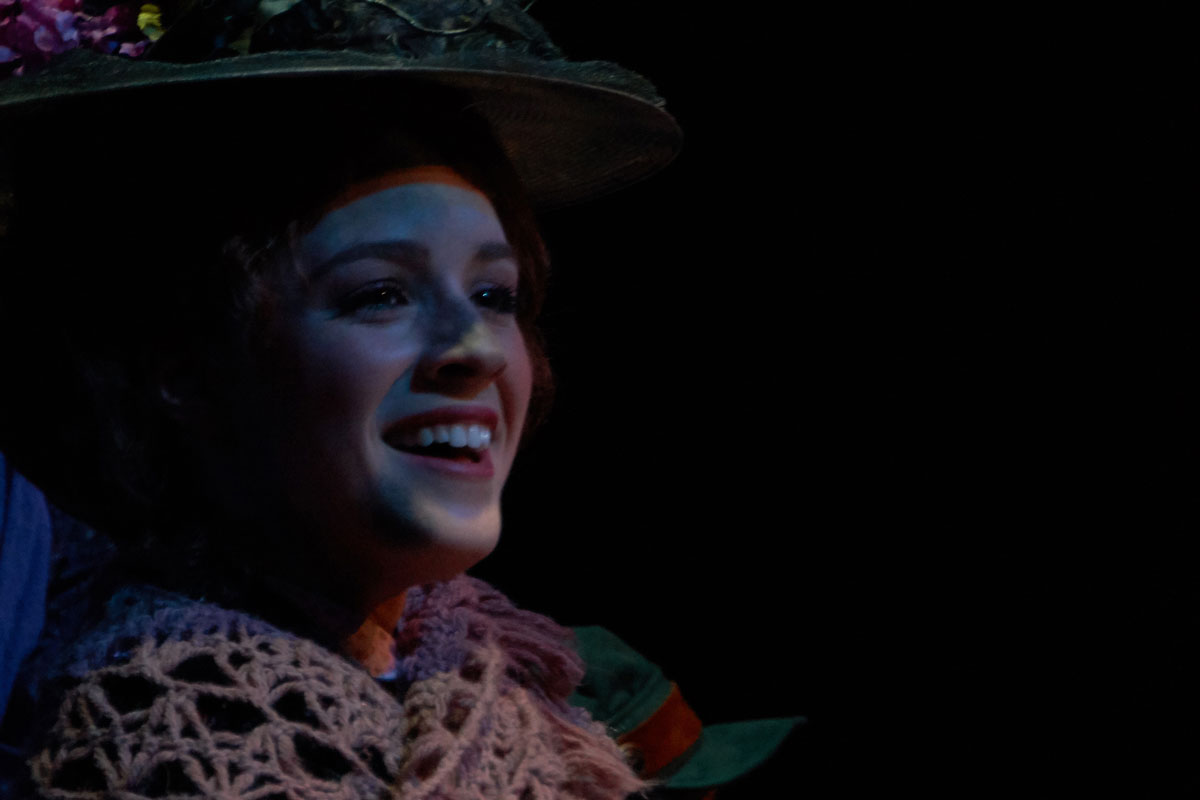 Eryn LeCroy in My Fair Lady

The most obvious change is the schedule. The holiday season creates a higher demand for tickets, prompting Broadway houses to add additional performances. “Typically Phantom Broadway is dark on Sundays” says Eryn LeCroy, “throughout the holiday season, however, our dark day is adjusted to accommodate the higher volume of ticket sales”. Last seen on the Mac-Haydn stage in 2016, most notably as Eliza Doolittle in My Fair Lady, Eryn is currently making her Broadway debut as Christine Daae in Phantom of the Opera. LeCroy explains “We have an added performance the week of Christmas, making that nine shows over the week instead of the usual eight”.

“It’s going to be a marathon getting to next week,” says Aneesa Folds, who is also making her Broadway debut in Freestyle Love Supreme, an improv-based hip-hop comedy show developed by collaborators Lin-Manuel Miranda, Thomas Kail and Anthony Veneziale. We’re sure you remember Aneesa from her highly-praised performances in Mac-Haydn’s productions of Sister Act (Deloris Van Cartier) and Chicago (Matron Mama Morton), to name a few.

Dan Macke, Mac-Haydn alumnus from the 2017 resident company, who you may remember as Bobby in Saturday Night Fever and Barnaby Tucker in Hello, Dolly!, is also making his Broadway debut as the Connor/Jared standby in Dear Evan Hansen. “Spending all that time at the theatre can be mentally exhausting,” says Dan, who credits “finding ways to be away from the theatre in between shows” as the best way to keep his energy up during the busy time of year. LeCroy reveals that “rest and smart eating habits in general are key to conserving energy and remaining healthy not just during the holiday season, but also throughout the year”. At Freestyle Love Supreme, Aneesa notes that “the audience and cast are super energetic,” helping her to keep her spirits up through multiple performances. 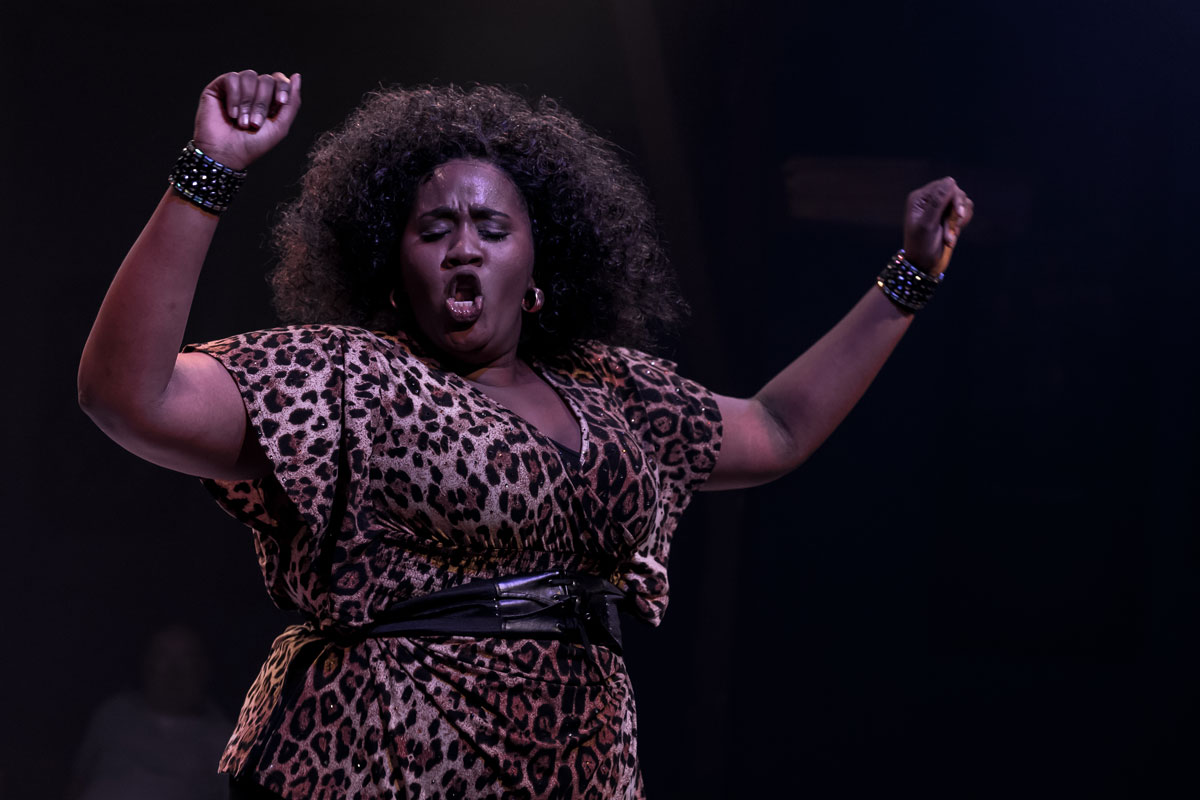 More time on stage, however, means less time for baking cookies and holiday shopping. Hearing about their busy performance schedules led to our next question: how the performers’ holiday traditions differ when they are on Broadway. “I definitely don’t go home as often,” says Dan, “the theatre community in NYC, thankfully, makes the holidays away from relatives a lot less lonely”. Eryn agrees, “I’m not able to travel out of town over the holidays to see extended family,” but Dan, Aneesa and Eryn are fortunate enough to spend part of Christmas Eve and Day with their immediate families this year. Aneesa adds “I’m lucky enough to be living in New York where my family is from, so I still am able to spend time with them”.

In addition to family traditions, the Broadway community has traditions of their own, both unique to each production and widespread over the entire district. The companies of Dear Evan Hansen, Freestyle Love Supreme, and Phantom of the Opera each hold a secret santa-type gift exchange, and Eryn tells us that Phantom hosts “a Christmas party for our company and family members of the company in the downstairs lobby of the Majestic”. If you’ve ever attended a show in New York around this time of year, you’ve seen the red buckets that appear after each performance. Eryn explains, “the Broadway community unites together leading into the holiday season to raise money and awareness for the non-profit organization Broadway Cares/Equity Fights AIDS,” which is accomplished through curtain speeches, red bucket collections, and the recording of an annual album, Carols for a Cure, from which all proceeds go to BC/EFA.

Despite the crazy schedule, Aneesa, Dan and Eryn have taken the time to recognize what they’re grateful for this holiday season. For Aneesa, it’s her immediate family and friends. “I’m extra grateful for my Freestyle Love family and my first Christmas on Broadway. I feel surrounded by love and wouldn’t want to be anywhere else.”. “The holidays remind me to be thankful for family always,” says Dan, “and I’m so grateful to be a part of this DEH family for another holiday season”. Eryn tells us “I am so thankful for my supportive family, my incredible friends, and the opportunity to perform a dream role in a show and in a city that I love”.

To see our wonderful alumni Aneesa, Dan and Eryn on stage, check out the links below. Happy Holidays from all of us here at the Mac-Haydn Theatre!

The Phantom of the Opera, the longest running show in Broadway history, written by Andrew Lloyd Webber