There is no reason to stop clowning around! Sebastiani Romagnolo, our wonderful choreographer from “The Producers” and “The Addams Family” is headed back to his home of Lake Tahoe, CA to perform “Democrazy: The Other Party.” 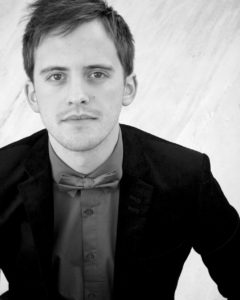 “Democracy: The Other Party.” is a mock election in which four clowns run against each other for the title of Clown President.

Ryan VanDenBoom​ a former MHT actor and choreographer, who is currently in Something Rotten The Musical​ on Broadway will also be performing in “Democrazy.”

The performances, which come as part of this year’s Tahoe Arts Project programs, will be conducted throughout Lake Tahoe Unified School District with one public show offered at the end of the week.

More information can be found in the Tahoe Daily Tribune. If you find yourself on the West Coast September 27-30, come out an support Sebastiani!