Ryan Alvarado (Mac-Haydn, 2014) talks about auditions, escape rooms and starring in one of the biggest cultural phenomenons in the history of musical theatre.

Hamilton is a cultural phenomenon unlike anything we have seen in Musical Theatre, maybe ever. What is it like to be at the center of it?

It’s super surreal, a blessing and a dream come true! Getting to perform the role of Alexander Hamilton in front of 3,000+ people a night has been one of the most fulfilling opportunities I’ve had in my life. Hamilton means so much to so many people, for so many reasons, that it’s simply an honor just to get to go out there and tell the story!

For me it was about 10 or so auditions, spread out over 6 months. It was very difficult and took strong commitment both inside the room and out. Tommy Kail and Alex Lacamoire have been my heroes ever since they helped create In The Heights so it was espescially nerve-racking working in front of them but they always kept the energy positive and collaborative. I could tell they wanted me to succeed and that made it easy to disappear in the work. Then one day, right before Thanksgiving, Bernard Telsey called me to offer me the role of “Male Principal Standby”. Side note: My original offer was to be the Hamilton alternate, and to cover Lafayette/Jefferson, Laurens/Philip. I had one final work session with Tommy and Alex after I already had the job to sing for Aaron Burr and King George III and they switched my covers to Burr and King just before Christmas. We started rehearsing in January… LOL. 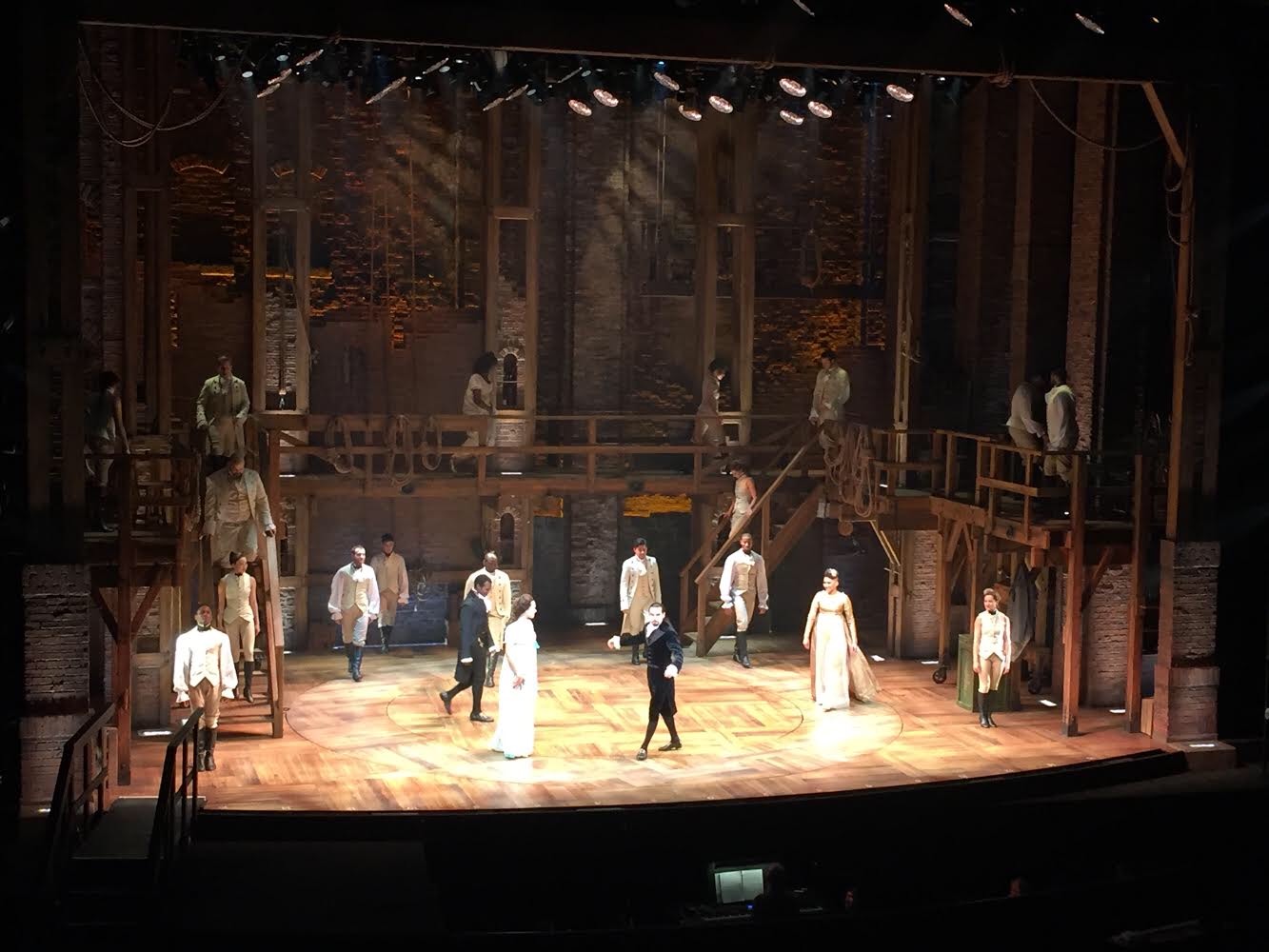 Ryan at the center of it all on the set of Lin-Manuel Miranda’s Hamilton.

As the Alexander Hamilton standby, you don’t always know when you are going on.

Oh, I’ve gone on mid-show a few times! It can be exhilarating and terrifying, but all performers know the saying “the show must go on”, and it does. It’s all hands on deck when you have to switch out a big role like that, but everyone comes together to make the transition look seamless. That’s also the beautiful thing about Hamilton, we’re all taught that our goal is to go out there and convey this amazing story as best we can. The best way to do that is to trust the story and each other.

We are living in a bizarre political landscape. What does Lin-Manuel Miranda’s masterful telling of Hamilton’s story contribute to that landscape?

Well, for one our audiences get to see and be reminded of what America looks like TODAY. The reason for having an ethnically diverse cast tell the stories of our founding fathers is to show people, from all walks of life, that the ideals of this country apply to more than just one race or class of people. We are a country of IMMIGRANTS, people from all over the world that continuously join together to better this society. That’s what makes us great, sharing ideas and not being afraid to disagree. Nowadays, as a country, we seem to disagree on a lot. But if Hamilton teaches us anything, it’s that history tends to remember those who fought for the common good and helped those in need. As long as we all keep that in mind there is always hope for the future.

Has any other role you have performed compared to playing Hamilton?

Aaron Burr has got to be up there LOL. It’s literally the other side of the coin. I also perform it way less than I do Alexander (as the alternate I go on once a week for Hamilton but I only go on for Burr when needed) so when I’m playing Burr it takes a little extra focus to make sure I stay on the right side of the conversation. When we first started understudy rehearsal there would be times me and the other cover would switch parts in the middle of a number and not even realize it for a couple lines. It’s funny when it happens in the rehearsal room but it would be really scary if it happened on stage so I have to dial up the focus to make sure it doesn’t. 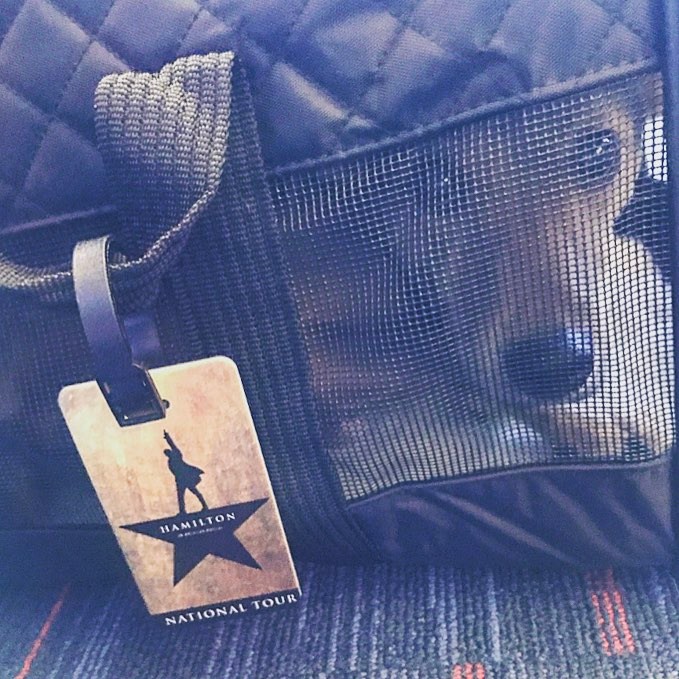 What do you do for fun on days off?

I’ve recently become obsessed with escape rooms!! I did my first in LA and I’ve done at least one in every city we’ve been to. I’ve done like 6 or 7 and only lost twice! They are simply the best and I recommend them to all! Other than that the cast will get together to watch movies, bowl, try new restaurants, or just have low-key gatherings where we can just hang and enjoy each others company. I also had my dog with me for most of tour so I spent a lot of time in parks on days off just taking in sun.

Any other projects on the horizon, or is everything about Hamilton right now?

It’s Hamilton right now and absolutely a bucket-list kinda thing but I am looking forward to one day debuting on Broadway or maybe originating a role in a new work. Those are some dreams I have and am hoping to materialize in the near future.